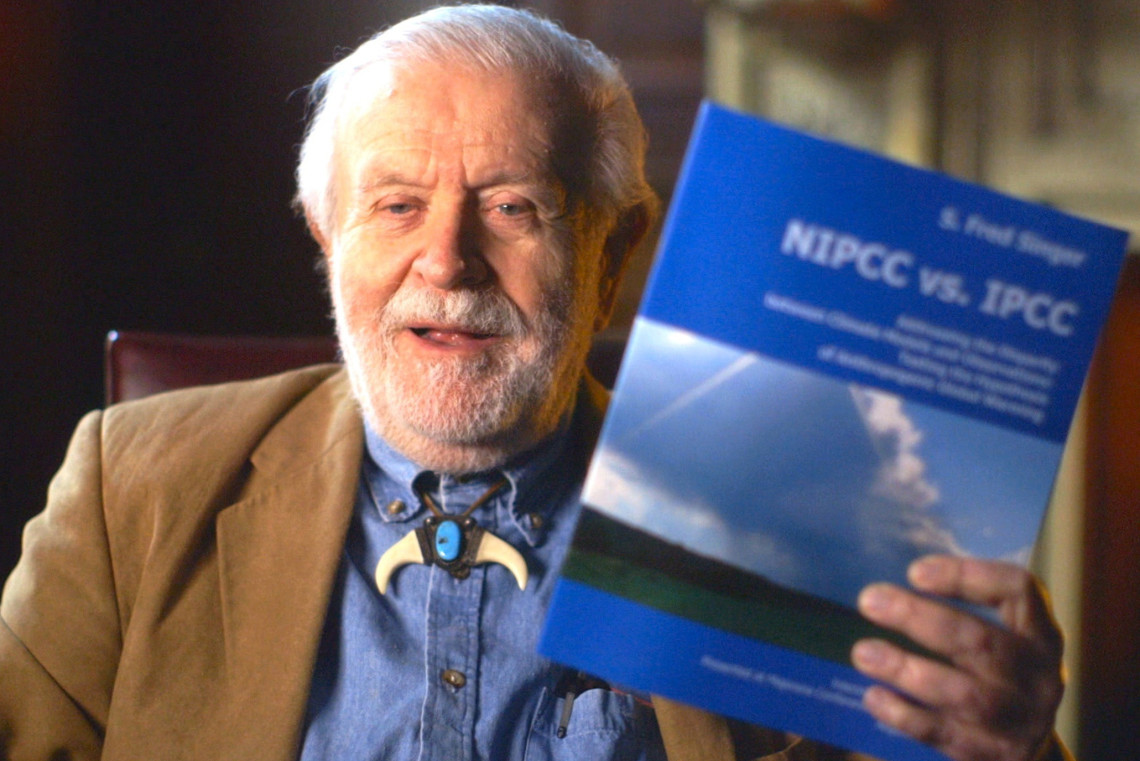 Nobody has ever won a game of Three Card Monte, magician Jamy Ian Swiss says at the outset of Merchants of Doubt. What made the game such a cornerstone of the street economy in the New York City of my youth were the shills – upstanding-looking folks hired by the hustler to play along and “win” – attracting suckers by creating the illusion of chance.

Merchants of Doubt, the new documentary from Food Inc. director Robert Kenner, goes after shills of another, far more insidious kind. Working from a book by Naomi Oreskes and Erik M. Conway, the film targets a cottage industry of alleged “experts” who are, in fact, exorbitantly well-paid public relations professionals hired by large corporations to cast aspersions on scientific findings. They attract suckers by creating the illusion of doubt, and they’re very good at it.

I understand this will hardly come as a startling revelation to most forward-thinking folks with an ounce of media savvy. (After all, you could probably get someone to go on Fox News claiming that gravity is a myth made up by the Left, provided they’re servicing the right big business interests.) What’s so troubling about Merchants of Doubt is the sheer enormity of this kind of collusion, with a lot of the same faces and firms using a playbook written by the tobacco industry 50 years ago.

Steadfastly refusing to acknowledge the fact that they were selling an addictive product that kills their customers (and here’s where the hypocritical critic pauses to go outside for a smoke), Big Tobacco spent decades contesting scientific evidence in a promotional blitzkrieg designed to fog the obvious for as long as possible. “If you can do tobacco,” boasts lobbyist Peter Sparber, “you can do just about anything in public relations.”

And so they did. One of the film’s most fascinating detours follows the fire-retardant furniture craze, during which our couches and cribs were soaked in toxic carcinogens thanks to an expertly executed scam by cigarette manufacturers and the chemical industry. Drummed up, phony public interest groups with innocuous names like “Citizens For Fire Safety” were secretly funded by these corporations, and we meet a doctor who told endless variations on the same easily disproved sob story during Congressional hearings. (He wasn’t technically under oath.)

Of course, it all comes down to climate change, which is accepted as fact by every reputable scientist but nonetheless continues to be attacked in hugely funded campaigns by the bunco artists profiled in the film. (I’m writing this review on another miserable morning during the worst winter in Boston’s history, convinced more than ever that the planet is trying to shake us off. Meanwhile, some moron from Oklahoma just threw a snowball in Congress to prove “there’s no such thing as global warming,” so this garbage unfortunately works.)

Merchants of Doubt damningly eviscerates most of the asinine arguments clung to by bought-and-paid-for representatives of the oil companies, including an oft-cited, thoroughly discredited study signed by 31,000 scientific luminaries — some of whom happen to have the same names as Back to the Future‘s Marty McFly and the Spice Girls. (It’s like they weren’t even trying to fake this thing well.) The biggest hurdle seems to be that scientists just aren’t as good on television as polished PR pros. Smirking asshole Marc Morano, founder of ClimateDepot.com, jokes “I’m not a scientist, but sometimes I play one on TV.”

Kenner does as good a job as could be probably expected trying to juggle all the talking heads and giant chunks of data within the constraints of a 93-minute movie that probably needed to be three times as long to cover all these issues and personalities in depth. He keeps it lively with punchy graphics and card tricks by Swiss to provide visual aids to the misinformation swindles.

The film’s most tragic figure is former South Carolina congressman Bob Inglis, a Republican who lost his seat in 2010 after admitting he believes in climate change. We follow him for a morning on a hostile right-wing talk show, where the host keeps trumpeting falsehoods and that damn, debunked 31,000 “scientist” survey. But as I learned years ago at those old Three Card Monte tables in Times Square, there’s a sucker born every minute.