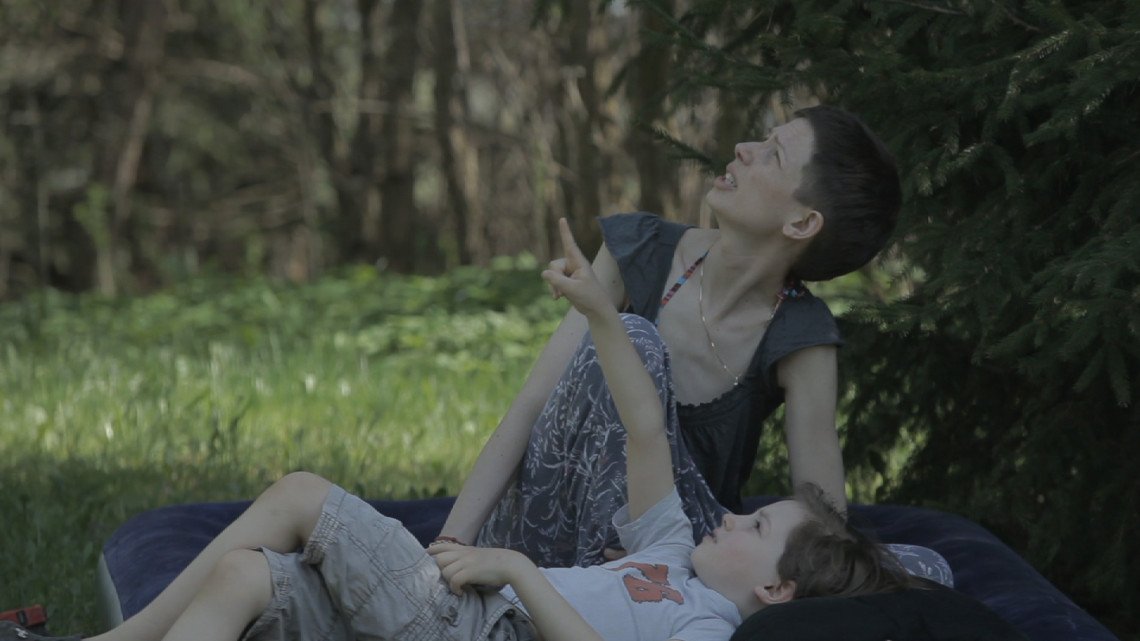 Aneta Kopacz’s Joanna, which was just nominated for the Best Documentary — Short Subject Oscar, may be one of the most intimate portraits of a mother-child relationship ever. Inspired by a hit blog by the late Joanna Sałyga, who documented her struggle with cancer as it reached its terminal stage (at about the same time her son approached the brink of puberty), the film is as delicate as it is unrelenting, telling a story of a woman forced to let go of life just as she does her best to ease her son’s way into it.

Notable for its complete absence of doctors (or even a stated diagnosis), the film instead focuses solely on intimate moments between Joanna, her son, and her husband as they go through everyday chores, play, or simply spend time together not doing much of anything – except grabbing onto every second together they have left. The film was shot by Łukasz Żal, the Oscar-nominated cinematographer of Ida (he shared his credit on the latter with Ryszard Lenczewski), and his strategy throughout is to remain as discreet and elusive as possible, even as he delivers images of heartbreaking closeness between a mother and child about to be separated by an illness none of them can fully understand.

As suggested by its unassuming title, the titular character grounds the film and serves as its center – we never get the feeling that Joanna is defined solely by her roles of mother and wife, even though she dodges answering her little boy’s stubborn question of what is it that she “likes to do only by herself.” Never seen without a colorful, near-translucent scarf wrapped fancifully around her thinning neck (Sałyga’s posthumously best-selling memoir was entitled “Scarf”), she makes for a warm and haunting presence, made all the more uncanny by her pronounced likeness to Renée Jeanne Falconetti in The Passion of Joan of Arc.

As we recognize the growing attenuation that makes her adult body more brittle than her child’s is to start with, we witness a woman whose inner strength and determination to put on a fight are nothing short of stunning. Joanna talks to her son and tries to teach him things about life and death, but never once does she offer him a bite-size nugget of fake wisdom: more often than not, she asks him questions, allowing for a variety of answers. (In one hilarious bit, she questions the good sense of a nursery rhyme that she tried to teach her son as part of his school assignment: “Wait a second, I don’t like what this is saying at all!”)

Scored by Jan A.P. Kaczmarek, the Oscar-winning composer of Finding Neverland, which also dealt with the intersection of childhood, imagination, and death, the film reaches for slightly ominous notes in its closing section, in which the sense of Joanna departing her loved ones becomes chillingly palpable (its last image is the little boy riding away on his small bicycle). Kaczmarek’s music percolates in those closing scenes with an insistence that makes one aware of just how inevitable Joanna’s departure is, without turning pitiful on its subject, who is treated with unflagging respect throughout.

Most of the scenes have a feel of throwaway notes and observations, made from a distance by an unobtrusive onlooker – an effect that’s only helped by Żal’s lensing, with the camera most frequently placed behind objects, leaves, and shrubbery, as if to suggest that whatever we see is just a limited and tactful glimpse of the ordeal Joanna and her loved ones are going through. Part of the film’s sane and unsentimental mindset comes from the fact that Kopacz does not insist on her character making big statements – it doesn’t enshrine Joanna, it gives her breathing space and does her justice as a mother trying to give as much of herself (but also, crucially, preserve as much of herself) as possible.