There’s a running theme throughout Independent Film Festival Boston’s 12th annual line-up: the kids aren’t alright. The trend began with Beneath the Harvest Sky, and has since continued on with films like documentary Tough Love, and narrative features like I Believe In Unicorns, Hellion, Palo Alto, Boyhood, and We Are the Best!. Kismet, perhaps, or just shrewd scheduling?

What’s most interesting about this unexpected (and perhaps entirely intentional) theme is that no two entries among this selection of like-minded films are the same. Each approaches the subject of youth – whether in revolt, arrested development, or vicious life cycles – from its own, personal angle; this, in turn, means that among the slate of offerings in this milieu, there’s something for everybody. Perhaps you’re in the mood for the epic, decade-spanning ambition encapsulated in Boyhood, or the fantastical, shockingly grim bent of I Believe In Unicorns. Maybe you’d prefer to see Tough Love‘s chronicle of our country’s welfare system.

Of course, if none of this is your bag (which seems, frankly, sort of silly), there’s plenty else available for your consumption at a festival of this size – perhaps The Sacrament, Fort Tilden, Wild Canaries, or Cavalry. But the ubiquity of narratives dealing in the woes of troubled youth is difficult to ignore. The question of whether IFFBoston consciously selected movies of this nature to fill out their roster for 2014, or if this sort of cinema is simply on the rise in the new year, is worth pondering, though perhaps that’s a subject best left to a separate piece (and may be better examined outside the context of the fest).

Maybe the answer doesn’t really matter, though, because the end result is a plethora of great movies well worth seeing on the big screen, particularly: 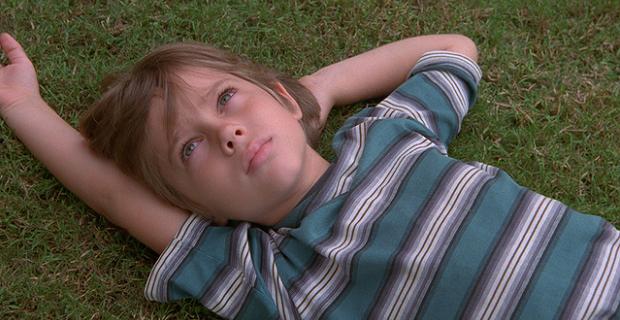 Critics fortunate enough to have caught Boyhood, Richard Linklater’s magnum opus, at its Sundance premiere or at SXSW, reacted to the picture like an object of worship, an idol that attracts near-unanimous praise and devotion with almost startling ease. Maybe the attraction boils down to the film’s ambition, or maybe it simply speaks to critics’ individual childhood experiences, but either way, there’s no denying that Boyhood‘s meteoric rise to the top of 2014’s “must-see” list.

So attending the Friday night screening at the Somerville felt like a foregone conclusion. Happily, the cavalcade of blandishments heaped at the altar of Boyhood is decidedly warranted; Linklater’s work attains a towering quality unexpected in a narrative about a young boy growing up from his middle school salad days to his first solo embarkations into the world as a college freshman. For as down to earth as the material is, Linklater elevates it into something important, making a study of not only childhood and human development, but the rigors and vicissitudes of adulthood. He paints a robust portrait of American life in the new millennium.

Boyhood‘s epic sensibility may also be attributed to Linklater’s approach to shooting the film, a process that began in 2002 when he cast Ellar Coltrane as the coltish young Mason, Ethan Hawke and Patricia Arquette as his estranged parents, and his own daughter, Lorelei Linklater, as Mason’s older sister. For those collecting their jaws from the floor, the conceit isn’t original, per se; Francois Truffaut dedicated five films to the life and times of Antoine Doinel, casting Jean-Pierre Léaud as the character in each movie, while Michael Apted’s Up series has been going strong for fifty years. But Linklater nonetheless shows boldness in trying his hand at similar techniques of filmmaking today. Who else but he would have the audacity, much less the patience, to stick out for so long a haul?

The film isn’t perfect – musical queues often hit the nail on the head just a bit too firmly, and a judicious editor would have been shrewd enough to cut the final few minutes of the film as Mason takes off on a life-changing road trip toward higher learning. But with Boyhood, Linklater has captured Coltrane in amber, preserving his journey toward becoming a self-actualized man for all time. If that achievement alone doesn’t demand the film be seen, then what does? 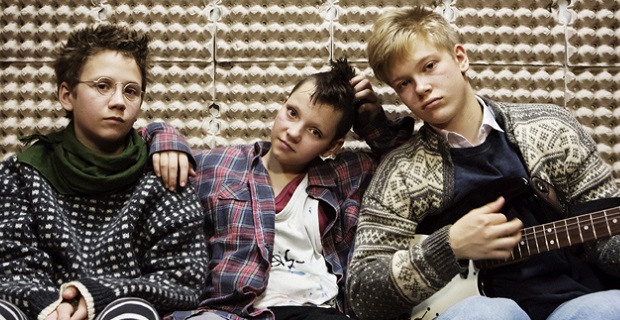 We Are the Best!

Just as Boyhood depicts the life of its protagonist with no frills, alternately serving as an exploration and a celebration of a hard-lived life, so too does Swedish filmmaker Lukas Moodysson’s We Are the Best! portray a slice of youth through its frequently bleak yet surprisingly warm Stockholm setting. (A double feature of Moodysson’s feature alongside Leah Meyerhoff’s I Believe In Unicorns could simply be dubbed “Girlhood“.) Punk rock has never been this bubbly on screen, but that’s what happens when you cast three actresses with infectiously effervescent personalities and deep-rooted reserves of chemistry to put some pep in anarchy’s step.

Everything about We Are the Best! sounds slight on paper – three outcast girls find shelter in each other’s company, bond over a mutual love of Ebba Grön and KSMB, and form a punk band of their very own despite the fact that only one of them knows what chords are. But Moodysson gives his story heft, weight, intent, and makes the conflicts that unfold before us important. He also understands implicitly that even a strained childhood needn’t be all gloom and heartbreak; though there’s plenty enough of both here, it’s all tempered with healthy doses of juvenile naivety, played for laughs lovingly rather than condescendingly. BFFs Bobo (Mira Barkhammar) and Klara (Mira Grosin) might include “fascism” as part of their vocabulary, but they sure don’t know what it really means.

No one might immediately associate the anti-authoritarian tenor of punk with sweetness, tenderness, and innocence, but Moodysson stitches together the attitudes of the former with the latter seamlessly. Klara, Bobo, and Hedvig (Liv LeMoyne), the Christian girl Bobo and Klara faux-adopt into their friendship and into their fledgling musical ventures, have plenty to rage against, mind, and We Are the Best! joyfully captures the spirit of their youthful rebellions through the oppression of gym class, the frustrations of a broken home, and – most insidious of all – newfound fascination with boys. Maybe they’re not taking on Brezhnev or Reagan, but that’s okay; Moodysson suggests that they’ve got plenty to be dealing with without worrying about overthrowing corrupt political systems. 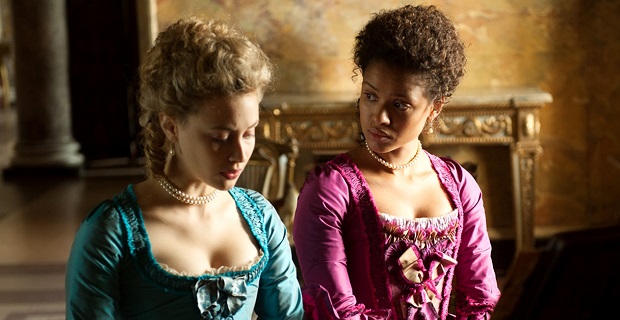 If in April you still find that you need to get the taste of that Oscar-winning, white guilt generating slave narrative to end all slave narratives, 12 Years a Slave, out of your mouth, then consider trying Amma Asante’s Belle as a palette cleanser. Like Steve McQueen’s groundbreaking film, Belle approaches the horrors of slavery from an angle rarely seen in narrative form, much less in popular cinema; so too does the latter also find its basis in real history, calling on the tale of Dido Elizabeth Belle, the illegitimate daughter of a British Admiral and a slave, to supply the film’s foundation.

Where the two films depart, unsurprisingly, lies in wanton depictions of gross human brutality. In part, that’s likely because Asante is a far kinder artist than McQueen, but Belle also occurs in a world far removed from the one Solomon Northup is forced into. Life among England’s gentry doesn’t necessarily lend itself to the sort of rank barbarisms as those visited upon slaves in McQueen’s vision of America’s antebellum South, but Dido (Gugu Mbatha-Raw) suffers emotional scarring at the hands of plenty other human cruelties, some spoken outright, others implied, all bound to the same monstrous system of abuse that her lineage allowed her to escape (though only to a degree).

Belle largely focuses on its eponymous character’s adult years after introducing us to her as a young girl; because her father (Matthew Goode) is duty-bound to the Crown and thus must spend his life at sea, Belle goes to live with his uncle, William Murray (Tom Wilkinson) the Lord Chief Justice of England, and aunt, Lady Mansfield (Emily Watson), at an estate where she spends her days bonding with her cousin, Elizabeth (Sarah Gadon). Life, it seems, has dealt Belle an incredible hand, but her position in society only lets her bear witness to the evil of slavery and racism from a different angle.

Belle‘s plotting may be described as formulaic at best, but its incredible production design, thought-provoking writing, and pristine acting offset that rote structure. Wilkinson, Goode, and Watson are all stellar, as anyone should expect, and Penelope Wilton shows up to be Penelope Wilton, but it’s Mbatha-Raw who will benefit the most from this film’s existence. Hers is a star-making turn. 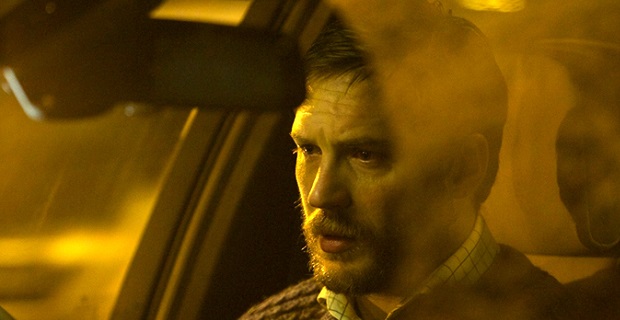 How does anyone make concrete and a car ride interesting? By sticking the viewer in the passenger seat alongside Tom Hardy, fresh off of his oft-mocked performance in 2012’s The Dark Knight Rises and operating on a new thespian plane as an embattled Welsh construction foreman on a mission that puts his career, his reputation, his family, and his sense of self at risk. That is director Steven Knight’s lean, muscular sophomore effort in a nutshell, and the less said about the film’s premise beyond those basic details, the better.

Locke offers suspense in spades, turning a drive from Birmingham to London into a white-knuckle thrill ride of the most mundane proportions. For sheer chutzpah alone, Knight and Hardy deserve all the laurels accorded them thus far; at less than an hour and a half, Locke presents its audience with a wholly invented language of cinema that’s at once stripped down and gorgeously stylized. The flashing lights of passing motorists, the rumble of nearby engines, the drag of pavement on tires, all create a harmony of tension that makes the sensation unbearable in the best way possible.

Hardy’s performance here feels revelatory; while he has been excellent in movies like Inception and, most notably, Bronson, he’s never had to shoulder a burden so great as the one Knight foists upon him here. Together, they’re making a new kind of Shakespearean tragedy, a human drama that’s all about beginnings, endings, and male responsibility. You may have all kinds of theories as to what Locke is really about based on its trailers, but leave your suppositions at the door and allow the film’s mesmeric, hypnotic sheen to wash over you. 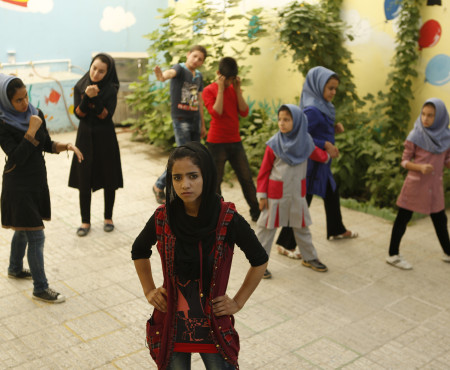 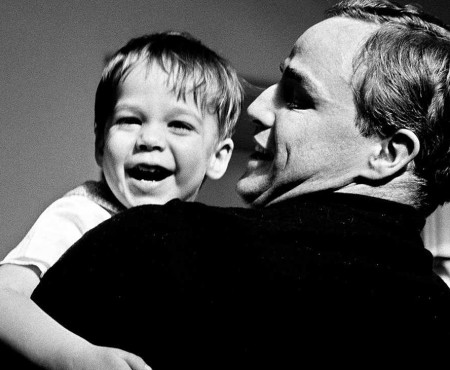 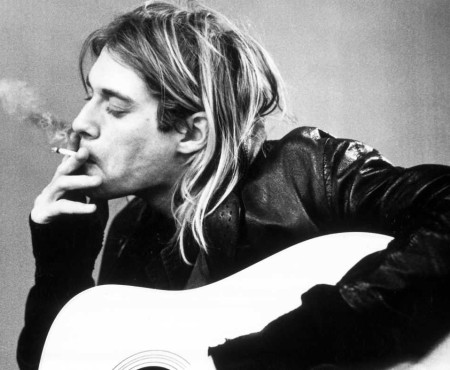