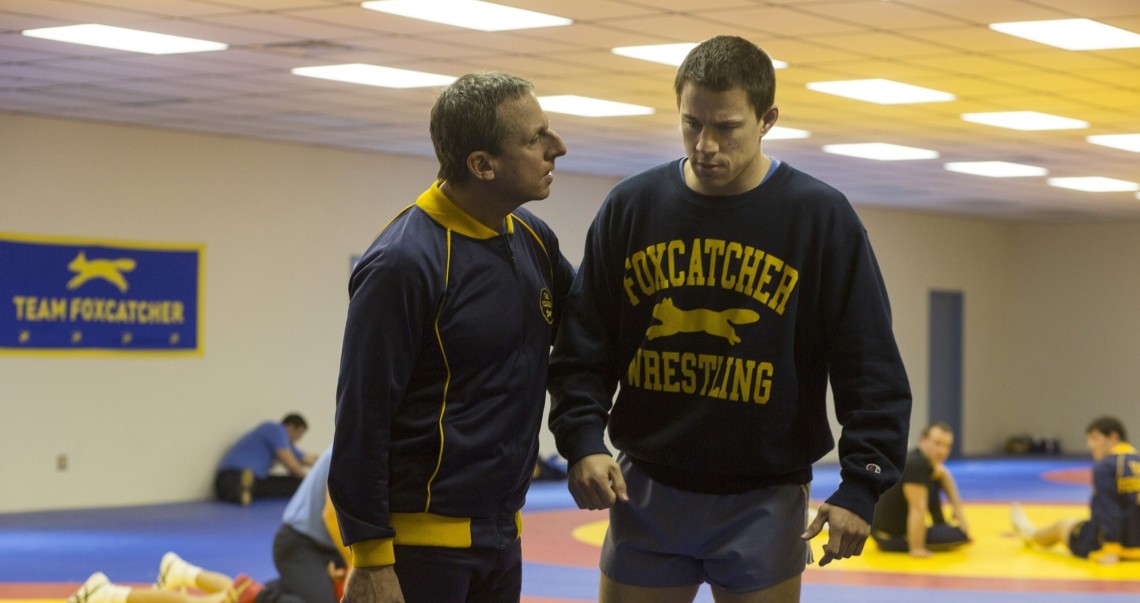 After a delay of almost a year for the release of Bennett Miller’s Foxcatcher made its world debut at Cannes Film Festival to an overwhelmingly positive reaction today. Multiple critics are already predicting awards nominations for the film and Steve Carell for his role as eccentric mogul Jan DuPont who takes in Olympic hopeful Mark Schultz (Channing Tatum) under his wing. Not surprising given Bennett’s last two films Capote and Moneyball both drew Oscar nods for their leads (Phillip Seymour Hoffman and Brad Pitt, respectively).

Hoping to cash in on that critical goodwill Sony Pictures Classics dropped a teaser trailer this morning revealing some of the characters in action. A film that showcases Tatum and Carell as dramatic actors is bound to draw some eyes to this real life crime story. Next to Interstellar, there are few films as eagerly anticipated as Annapurna Pictures’ Foxcatcher, but trying to withhold expectations from going sky-high until it hits big-screens countrywide looks like it will prove difficult.