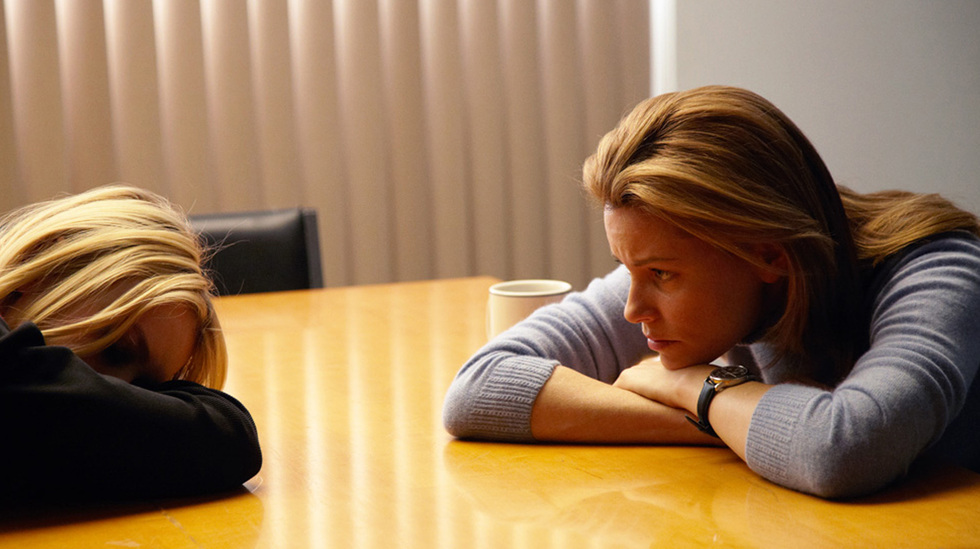 Sometimes there’s so much talent involved in a terrible movie that you find yourself staring at the screen, wondering what the hell happened. Such is the case with Every Secret Thing, a middling little number that feels like a rejected pilot for one of those sex-crime-fixated, baby-napping network procedurals designed to scare the crap out of senior citizens and security moms for ratings gold. But at least that kind of garbage has a pulse.

Set in a nondescript, vaguely run-down suburb, the somnambulant Every Secret Thing stars Elizabeth Banks as a police detective trying to find a missing toddler who was seemingly snatched right out from under her parents’ noses at the local furniture store. Rather conveniently narrowing down our list of suspects, the neighbors happen to include two 18-year-old girls (Dakota Fanning and Danielle MacDonald) who were just released from juvie after stealing an unattended infant and allowing it to die of neglect out in the woods some 7 years ago. As solving this original case allegedly made Banks’ career (something we’re told via a slovenly procession of newspaper headlines during the opening credits), it takes her an awfully long time to make some rather obvious connections when faced with almost identical circumstances.

But then, nobody does anything in much of a hurry in Every Secret Thing. I’ve never seen a manhunt (or baby-hunt, if you will) unfold with such a complete lack of urgency. Banks and her partner (Nate Parker) stand around a food truck for an ungodly amount of the movie, idly noshing on danishes while complaining that they’re running out of time to find this helpless little girl.

As for our suspects, the pointedly overweight MacDonald spends her days waddling all over the neighborhood sucking on an ever-present Big Gulp while practicing her imaginary auditions for reality TV shows, enduring passive-aggressive insults from her harpy, body-image-obsessed Mommie Dearest (an awful Diane Lane). Fanning works at a bagel shop and chain smokes, snoozing her way through big chunks of the film. “Some things are easier if you can sleep through them,” Dakota explains. It’s a line of reasoning that clearly informed the usually electrifying young actress’ approach to this particular project.

Produced by the great Frances McDormand and adapted from a novel by Laura Lippman, Every Secret Thing doesn’t have any momentum in the sense of characters doing things that actually propel the story forward. What it has instead are flashbacks — lots and lots of flashbacks, glacially filling us in on crucial information that has been coyly withheld for as long as possible because otherwise there would be no movie. What’s astounding is that the screenplay is by Nicole Holofcener, who, ever since Walking and Talking back in 1996, has created some of the most keenly observed, sharply depicted female characters in modern movies. I can’t fathom how she wound up shoveling exposition into the mouths of these barely sentient tree stumps.

The thematic colorlessness extends to the photography, which is barely lit in an attempt to disguise some obvious budgetary limitations. Banks’ police station looks like somebody’s basement rec-room. Director Amy Berg is a renowned documentarian — though I must confess I skipped her recent film about the West Memphis Three, because we’ve already seen, like, half a dozen of those already and by now there has got to be some other injustice for white people to get worked up about already – but hers is not a skill-set that necessarily translates to thrillers. Every Secret Thing plods from one predictable, visually inert dialogue scene to the next, laboriously spelling out things most everyone else in the movie already knows.

The only mystery here is how so many talented people wound up working on such dreck.