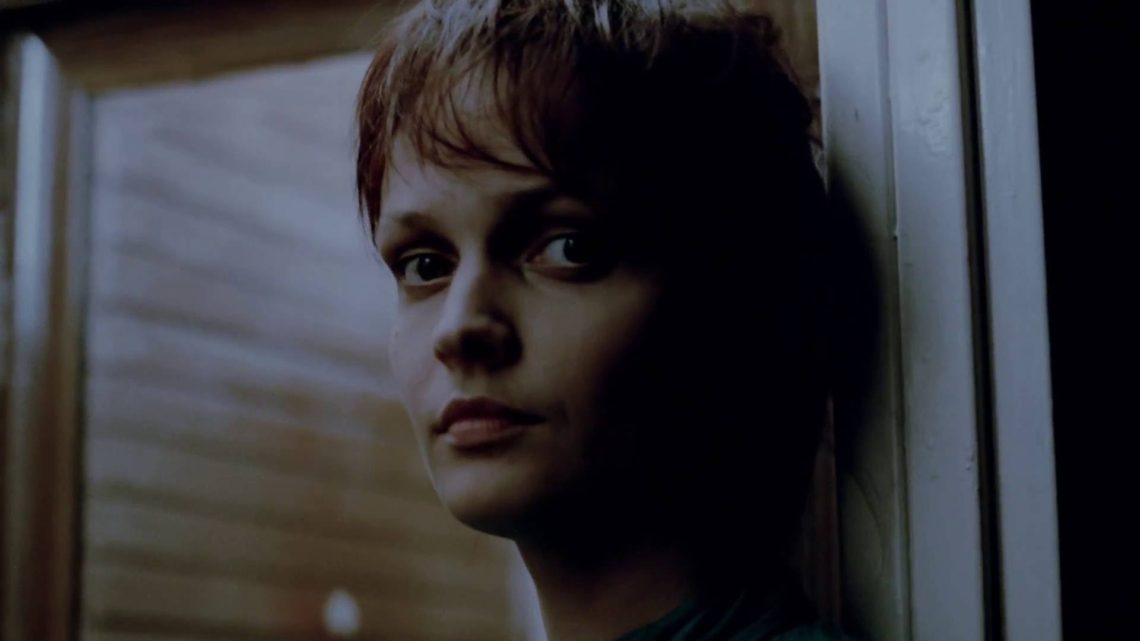 Life Itself: On Kieślowski’s “The Decalogue”

Andrew Welch writes about the iconic masterwork "The Decalogue," which is now available from The Criterion Collection.

When you think about the Ten Commandments—if you think about them at all—what comes to mind first? Some might envision that scene from Cecil B. Demille’s 1956 biblical epic of the same, when a solemn, bearded Charlton Heston descends from Mount Sinai cradling them like a baker with hot, fresh loaves of bread. Others, meanwhile, might think first of Mel Brooks’ wry take on this same moment in History of the World Part I. And still others might turn to childhood religious training, or the somewhat recent court battles to keep the Ten Commandments out of courthouses and public schools. Regardless of which it is, though, one thing is the same—it’s likely not the individual commandments you think of first so much as their impact, personally or culturally. They’re monolithic, not to mention terse and unforgiving, just as the God of the Old Testament often is.

But they’re not actually monolithic. They are, after all, called the Ten Commandments for a reason. And in The Decalogue, available now from The Criterion Collection, the Polish filmmaker Krzysztof Kieślowski takes care to examine each one, one hour at a time. Not as a documentarian, though Kieślowski made his share of documentaries, but through the prism of life in 1980s Poland. The ten short films comprising The Decalogue originally aired on Polish television in 1989. Since then, they’ve stood as a pinnacle not just in Kieślowski’s career, but in film and television history as well.

Of course, there are plenty for whom The Decalogue’s reputation precedes itself. So, for those unfamiliar with Kieślowski’s masterwork, let’s consider first what it isn’t.

The Decalogue isn’t too literal about each commandment. Kieślowski treats each one more like a theme than a logline. In Decalogue: Seven, for instance, which corresponds with the commandment, “Thou shalt not steal,” there isn’t just one instance of theft, or one single thief. There are three thieves, at least—two parents and their daughter. When the daughter has a child at 16, her parents raise the two of them as if they were sisters. Subsequently, the daughter, as a college student, kidnaps her own little girl, intent on finally raising her as her own. In this story, every character is stealing something from one of the others, whether it’s something tangible, like the little girl, or something much less tangible, like a mother’s relationship with her own daughter. 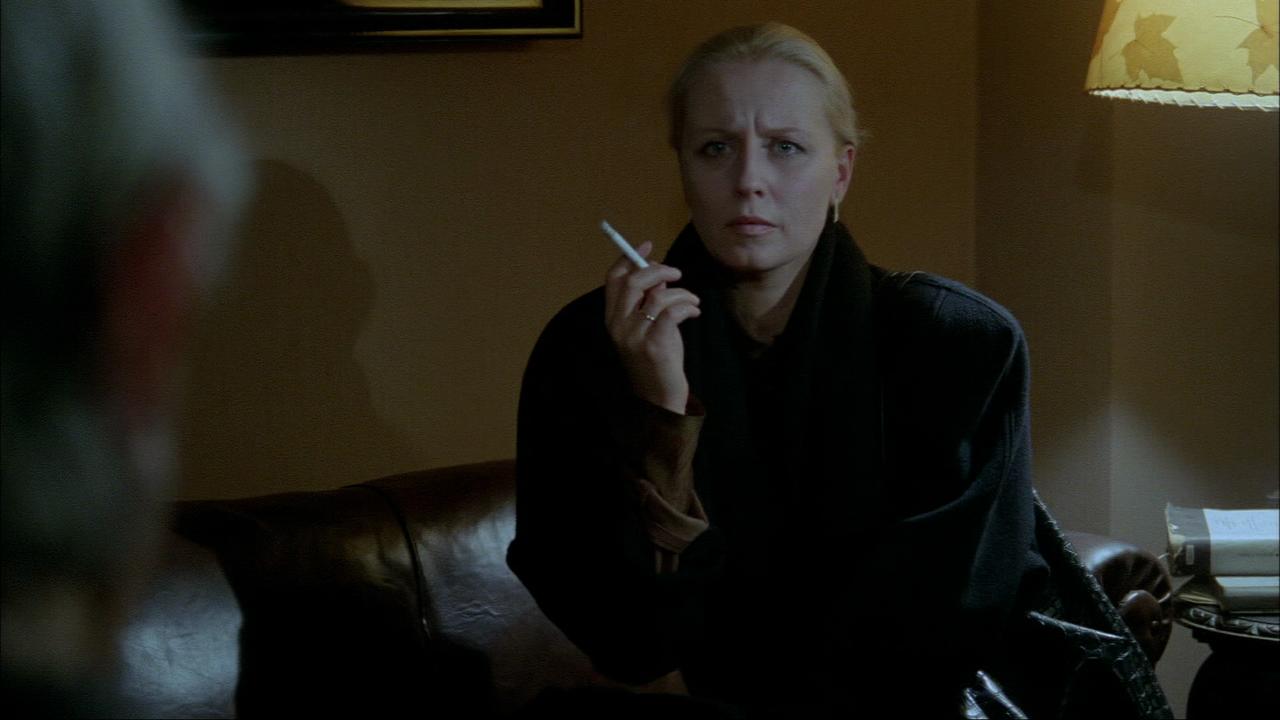 Decalogue: Eight, corresponding with “Thou shalt not bear false witness against thy neighbor,” runs in a similarly less-than-literal direction. In this installment, a philosophy professor who, in her younger years, refused to hide a Jewish girl from the Nazis, meets the accomplished academic she becomes years later. During the war, the professor claimed she couldn’t help the girl for religious reasons. To live with the professor and her husband, both practicing Catholics, the girl would have to pretend to be Catholic herself, and that would mean lying to God. But as it turns out, the professor had a different reason for sending the girl away, one that relates more directly to the Eighth Commandment. The installment as a whole, though, is more concerned with the ways that lies shape what we believe about our past, our future, and those who play a role in shaping both.

This points to the second thing The Decalogue isn’t—it isn’t overly fawning. This isn’t to say that Kieślowski doesn’t respect his source material, or that he doesn’t ever express a point of view. But it does mean he holds the commandments at an arm’s length. To really look at something with openness, and from a multitude of angles, you have to have some amount of distance from it. Had Kieślowski been too concerned with a literal adaptation, he would have created a series of tracts, or cautionary tales, rather than the carefully observed portraits that he did create. To illustrate, just imagine The Decalogue as made by the creators of Facing the Giants or God’s Not Dead. (Actually, don’t—I don’t want give anyone ideas.) Standing back from the commandments and looking at them with a questioning eye is part and parcel of what makes each episode so uniquely realized.

Ironically, this distance brings the commandments to life, adding color and shading to what sound simply like black-and-white rules for living. This is due in part to the way Kieślowski regards humanity. Within much of Christianity, the depravity of humankind is understood as a given. It’s why salvation is necessary—try as we might to live a perfect life, we will always fail. But for Kieślowski, human depravity doesn’t explain the awful things his characters do, or the awful things that others do to them. “Situations release good and evil,” the professor in Decalogue: Eight says.

Such an approach is what makes it possible for us to feel empathy for characters we perhaps wouldn’t if we were to just accept that all people are automatically depraved. In Decalogue: Five, for instance, we recoil when the cab driver is brutally murdered, but we also feel something when the young murderer’s death sentence is carried out. Murder is not a justification for taking another life, Kieślowski says. After all, the words of the commandment aren’t just “Thou shalt not murder;” they are “Thou shalt not kill.” We might consider those who put the young murderer to death good because they’re enforcing the law. But they’re also, if we take those words seriously, in violation of the commandment themselves. In a country where capital punishment is still so widely used, this adds an extra dimension to the fifth commandment and, for some, complicates it. 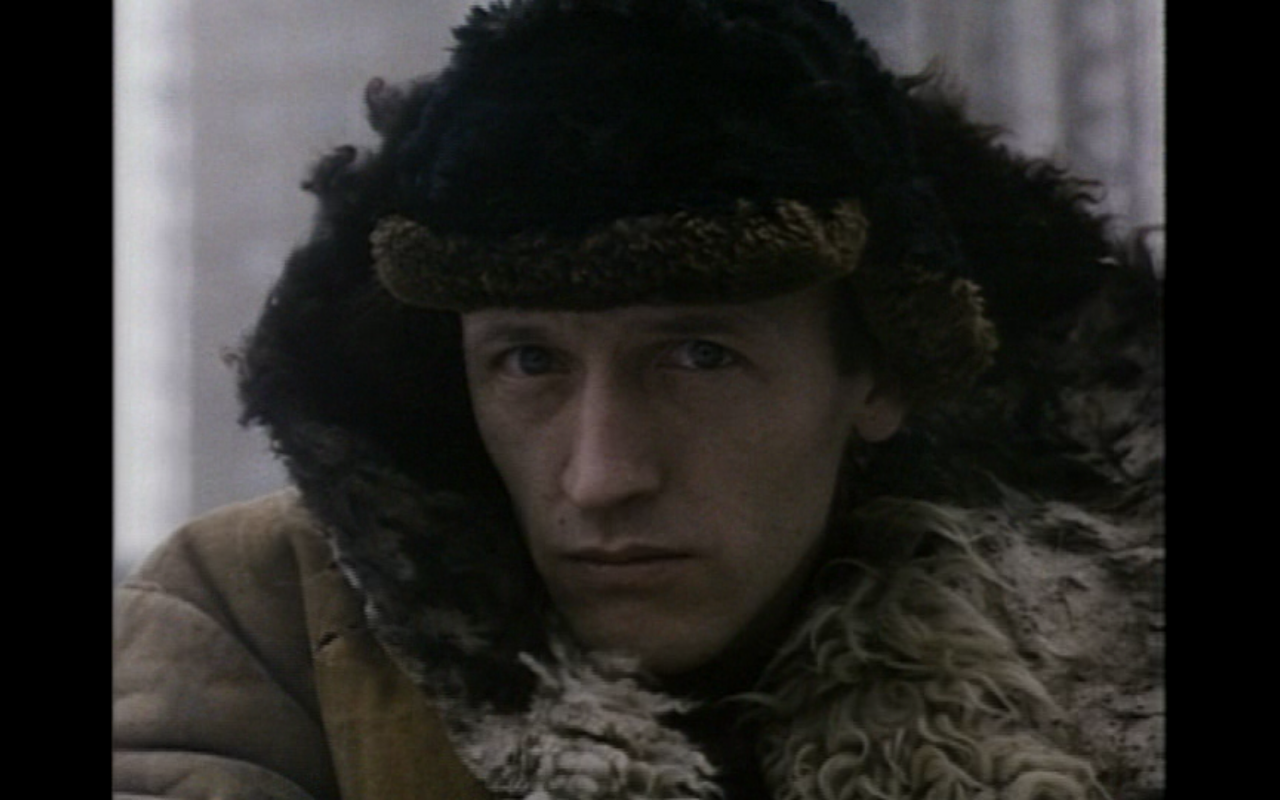 Decalogue: One—“Thou shalt not have any other gods before me,”—is even more complicated. Based on some calculations from his computer, a father tells his son that the ice on a nearby stream will be thick enough to skate on. Instead, the ice breaks and the son dies. On the surface, the moral seems simple enough. The father, who has no use for religion, worships at the altar of numbers and formulas rather than the altar of God. His son’s death, then, is a consequence of his misplaced worship. But that ignores the fact that father also checks the ice himself, not trusting his son’s life to the computer alone. If the ice can support a grown man, surely it can support a small boy. He also tells his son to avoid a certain area, where the ice may not be so thick.

In the end, when the grieving father finally turns to God, it feels like he’s being punished. But what would any of us have done differently? What did the father do that was so wrong? And what does it say about God if God did indeed take the boy’s life just to get the father’s attention? What we end up with is either a sadistic God, or a more hands-off God who exists among us and grieves with us, but rarely intervenes.

There’s evidence for this second view in the unnamed character played by Artur Barciś. Barciś appears in all but a couple of The Decalogue‘s installments. He never says anything, but he appears at key moments. In Decalogue: Five, he sees the murderer just before the young man commits his crime, and he seems to shake his head, as if to say, “I know what you’re about to do, but please don’t.” He also appears by the frozen stream as the father tests its thickness. He’s warming his hands over a small fire, and the two men exchange a glance. In retrospect, it seems Barciś’ character knows the future and is already holding a vigil for the boy. It’s not clear whether Barciś is representative of God, or if he might more accurately represent fate or death, but clearly he represents something mystical yet foundational about reality.

This kind of ambiguity is rampant in The Decalogue, not to mention Kieślowski’s other works. But it explains why these 10 short films have staying power. There are, no doubt, those reading this essay and thinking, “No, you’ve got it all wrong. That’s not what that episode or scene means at all.” Perhaps I do have it all wrong. But the beauty of what Kieślowski has made is that it allows for a breadth of interpretations. With anything by Kieślowski, engagement is more important than understanding. Most of us would prefer it the other way around, but The Decalogue challenges us switch them. That’s how it help us to see the commandments with fresh eyes. You know you them, and you think you understand them, until suddenly you don’t. But that doesn’t just describe the ten commandments. That’s life itself.