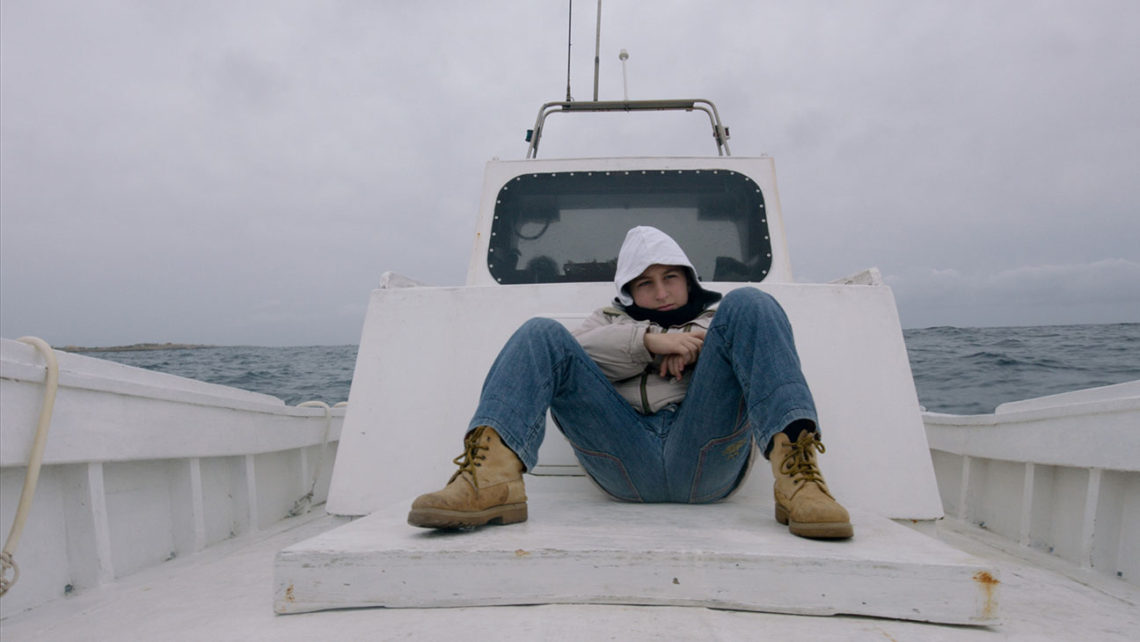 Bearing Witness to a Crisis

Daniel Walber writes about the new Italian documentary "Fire at Sea," focusing on the immigration crisis between Africa and Europe.

Lampedusa is a tiny Italian island in the midst of a swirling international crisis. Less than 8 square miles, it has a permanent population of about 6,300. In the last 15 years, roughly 400,000 migrants and refugees have passed through on their way from Tunisia and Libya to Europe. An estimated 15,000 people have perished during the brief but perilous Mediterranean voyage.

The venerable documentarian Gianfranco Rosi is not the first to make a film of Lampedusa, nor will he be the last. His is not even the first on the subject to be submitted by Italy for the Best Foreign Language Film Oscar. Yet Fire at Sea is without doubt the most lived-in representation of the island, a portrait of this historical place that stays close to its shores. Rather than make a statement about the wider refugee crisis, or even the Italian position therein, Rosi has crafted something intimate and resonant. It is not a humanitarian proclamation that “No man is an island,” but rather a beautifully constructed, thoughtful interrogation of what kind of man this island makes.

Much of it takes the form of a slow-burning profile of Lampedusa’s citizens. There is the island’s only doctor, Pietro Bartolo, who administers to both the migrants and the locals. Nearby is Samuele, a 12-year-old boy with a lazy eye who spends his time learning how to hunt, fish, and navigate the waters. They are each, in their own way, shaped by their island’s unique place in the world. Through these two, and the occasional sojourn with a local radio DJ, we get to know the rhythms of this outpost. 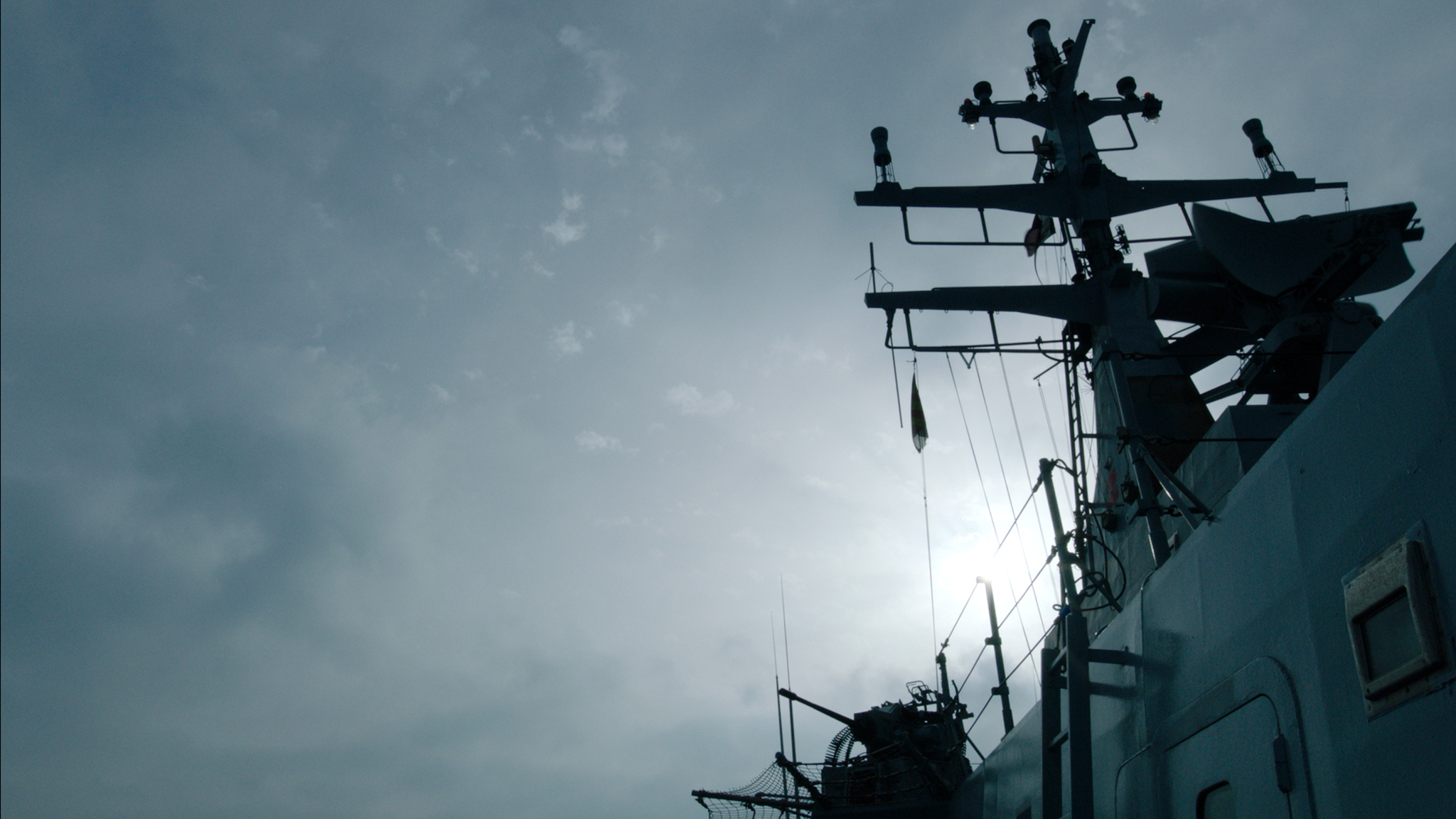 At first, the place almost fits into the Italy of the American cinematic imagination. The DJ plays a lot of recognizably Sicilian music. There are some classic images of an Italian kitchen, complete with a red sauce in progress. It is almost as if Rosi tries to lull his audience with this familiarity, as a palliative against the unforgiving sea. But it soon becomes clear that Lampedusa is place all its own.

After all, it sits 50 miles closer to Africa than to Sicily. It has always flickered on and off like an unreliable, neglected lighthouse. It was emptied by pirates in the 16th century and later used by the British as a military outpost during the Napoleonic wars. The titular Princes of Lampedusa, ancestors of the author of The Leopard, sold the island to Naples in 1840. They had no interest in actually living there. The nascent Kingdom of Italy turned it into a penal colony in 1872. Its heritage is not distinctly Italian or African, or even especially human.

Rosi portrays this unique isolation as the key to its identity. Here is a rock on the edge of two continents, peeking out of the sea through the sheer grace of geology. The inhabitants are like lighthouse keepers. Their culture, as Rosi shows, is all about looking. Fire at Sea is a compendium of peering eyes. Samuele carries a slingshot, shooting everything from birds to cacti. Eventually, this target practice becomes treatment for his lazy eye. Dr. Bartolo, meanwhile, has an occupation built upon inspection. In one pivotal scene, he gives an ultrasound to a woman pregnant with twins. Rosi lingers, as the doctor searches for the sex of the second fetus, obscured by the black-and-white depths of the monitor.

And, of course, there is the probing that comes with the island’s newly overwhelming humanitarian mission. The Italian coast guard searches, night and day, for the rickety vessels that approach its shores in desperation. Medical professionals inspect the newly arrived, locating the weakest survivors in order to administer first aid. Rosi includes long takes of every step of the process, from treatment to security frisking. Customs officials take the migrants’ physical information for identification purposes. Women with covered heads are asked to just slightly retract their hijabs, so that their hair color can be added to their file. It is a long and arduous process, one that is built primarily around investigation. 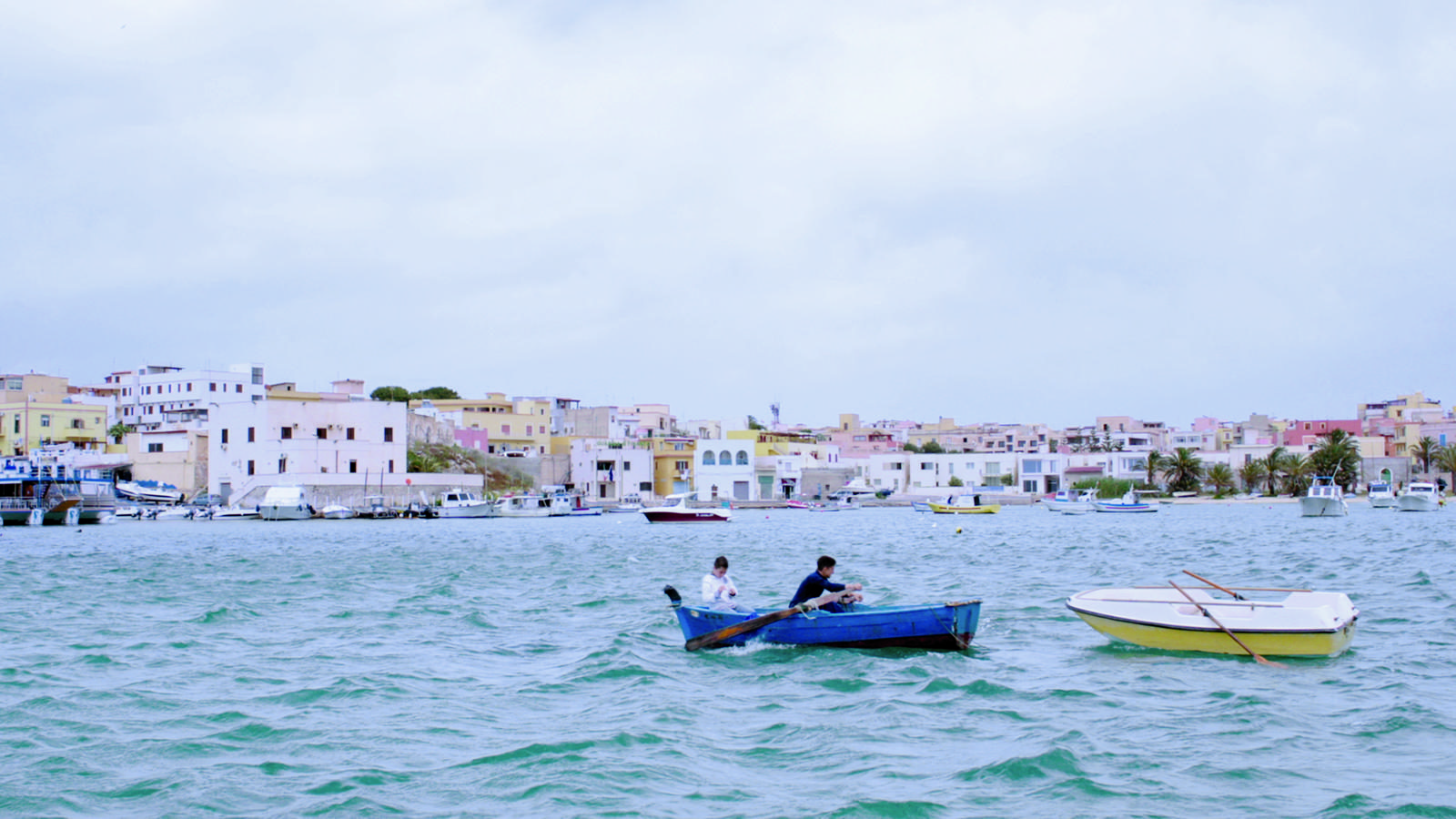 Looking, therefore, becomes a vocational identity for the people of the island. Rosi lets this inspire a style of cinematography and editing, inviting the audience to take part in this constant visual awareness. Lampedusa’s wide vistas, across the low, bushy interior and out into the Mediterranean, suggest lengthy observation. He lingers on dark landscapes, both maritime and terrestrial, allowing ample time for the eye to scan every inch of the frame. It’d be heavy-handed if it weren’t for the film’s disarming stillness.

This leisurely, often quiet exploration separates Fire at Sea from other recent Italian films on a similar theme. Emanuele Crialese’s Terraferma, which debuted in 2011, was shot on nearby Linosa. The crisis had not yet reached its height, and the islands were still a prime vacation destination. Crialese used Linosa for both social satire and moral parable, placing a financially strained fishing family between the demands of tourists and the needs of refugees. Just a few years later, such a personal dilemma seems quaint next to Lampedusa’s massive immigration operation. Terraferma’s most memorable image, a crowded party boat dripping with sex and excess, now seems to come from another world entirely.

Then again, Rosi’s stark landscapes don’t really resemble any of Italian cinema’s most imposing cinematic islands. His is not the windswept, existential loneliness that sends L’Avventura reeling toward alienation, nor is it the socially imposed loneliness that drives Ingrid Bergman up the volcano in Stromboli. While Luca Guadagnino’s A Bigger Splash also points quite strikingly at the tragedy of the migrant crisis, it uses the migrants primarily as a tool to sharpen its parable of luxury and privilege. Such a story would be utterly impossible on Lampedusa. Guadagnino shot on the island of Pantelleria, an Italian territory technically closer to Africa, but further from Libya. It is not outside this crisis, but its position to the north and west of the major migration routes have allowed it to retain its escapist appeal.

Obviously, none of these films are exclusively determined by their geography. But Fire at Sea is powerful because Rosi so closely examines the specific position of Lampedusa, and what this placement has done to its small community of permanent citizens. Its unique role in the current Mediterranean crisis has heightened the most universal aspects of island life, the importance of keeping one’s eyes peeled for everything from fish to lost ships. Rosi’s eye transforms it into an enormous lighthouse, guiding the collision between two continents.

Except, of course, there’s a snag. The migrants, many of them from Ethiopia, Eritrea and Syria, land in enormous numbers and wind their way through the halls of the immigration facility en masse. Rosi doesn’t prioritize many individual stories, instead focusing on their collective movement. It can be jarring, especially in the context of such intimate, heartfelt portraits of Dr. Bartolo and Samuele. 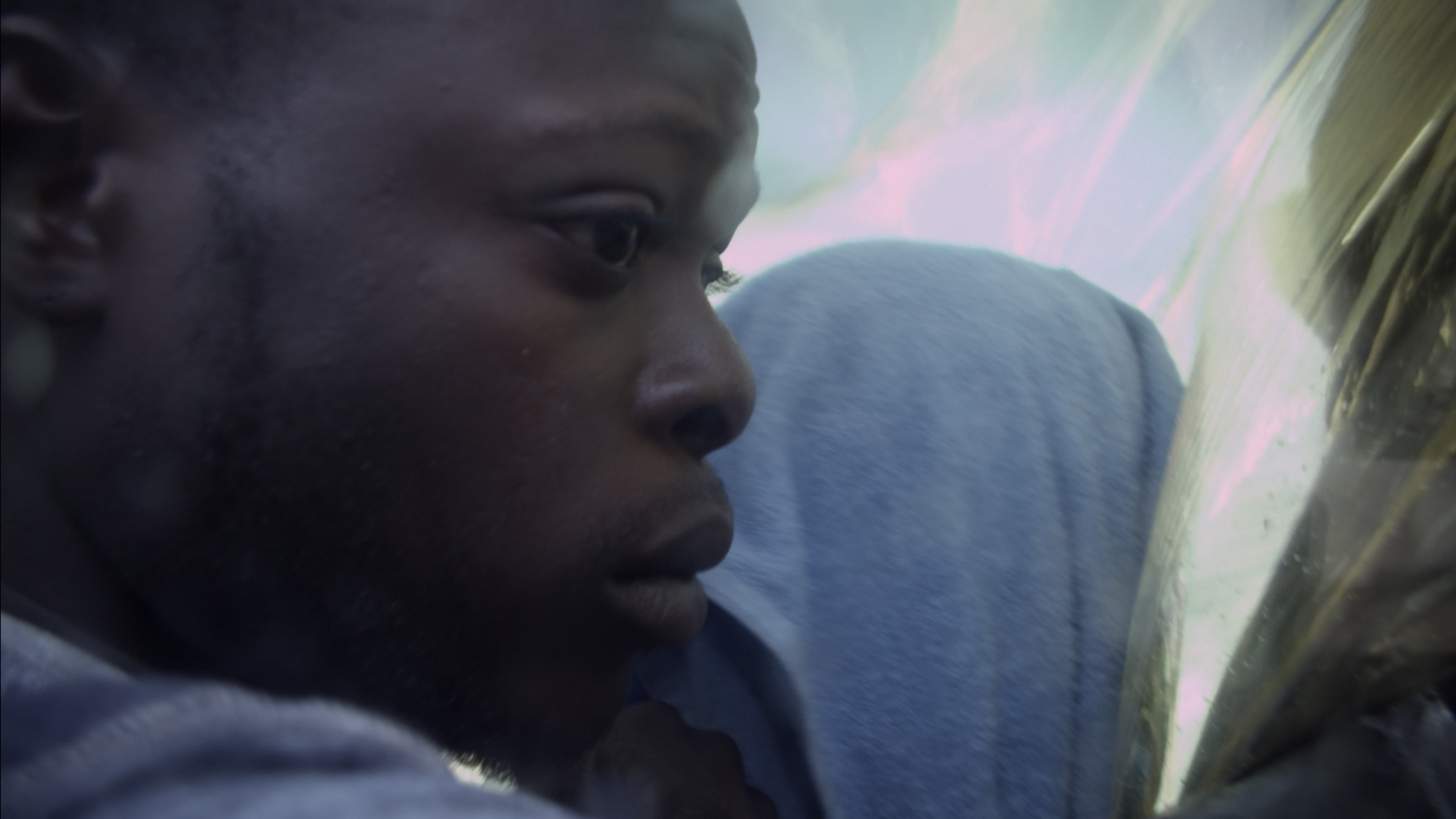 Visually, Rosi often keeps them in the dark. The lights in the doctor’s office are kept low during the ultrasound, completely obscuring the face of the patient. A scene of soccer outside takes place in the dead of night. A touching moment of choral singing, as one group reflects on their particular struggle to reach the sea, is in a darkened chamber. It is often hard to make out faces. The result is abstraction, with the implication that this is as much a natural disaster of some kind as it is a specifically human crisis. The bodies of Africans and Syrians arrive on the shores of Lampedusa like a wave in the night.

This is, to say the least, a troubling revelation. The most panicked, racist representations of refugees coming to Europe are full of disembodied images, the removal of faces from those seeking safety. Yet at the same time, it is important to remember the specific context of Lampedusa. For migrants and refugees alike, this is not their final destination. It is, rather, a stop on the way to the mainland. No one stays long enough to get to know the locals, nor does the detention facility give them the opportunity. And the Italian officials are just as temporary to the rocks of Lampedusa as the refugees.

At the end of the day, Lampedusa is only a witness to this tempestuous, ever-shifting moment in the relationship between Europe and Africa. It keeps no lasting ties to anyone involved. The rocks retain their crags, the people their vocation. Rosi underlines this observer status with a musical choice, arriving late in the film. Instead of the bouncing Sicilian canzone that we have become used to, suddenly the local Lampedusa radio broadcasts a powerful operatic chorus.

This climactic moment is taken from the last act of Gioachino Rossini’s Mosè in Egitto (Moses in Egypt). Moses, Aaron and Miriam have led the Hebrew slaves to the edge of the Red Sea. The prophet leads the chorus in prayer as the waters part, that they may be allowed to pass to the other side unharmed. “Dal tuo stellato soglio / Signor, ti volgi a noi,” they sing, “From your starry throne / Lord, turn to us.” “Pieta de’ figli tuoi / del popol tuo pieta.” “Mercy on your children, mercy on your people.”

That Rosi presents this as a message over the radio, rather than as standard extra-diegetic music, is crucial. The implication is not that Dr. Bartolo and the people of Lampedusa are Moses, guiding the masses of unfortunate souls to a better life. Rather, they sit as witnesses, hearing the cries of migrants and refugees as they cross the Mediterranean. The Lampedusans are not God within the opera, nor are they members of the passive audience, seated in a premium box. Rather, they are like the technical crew of this all-too-real opera, moved by the music while keeping the spotlight on course.