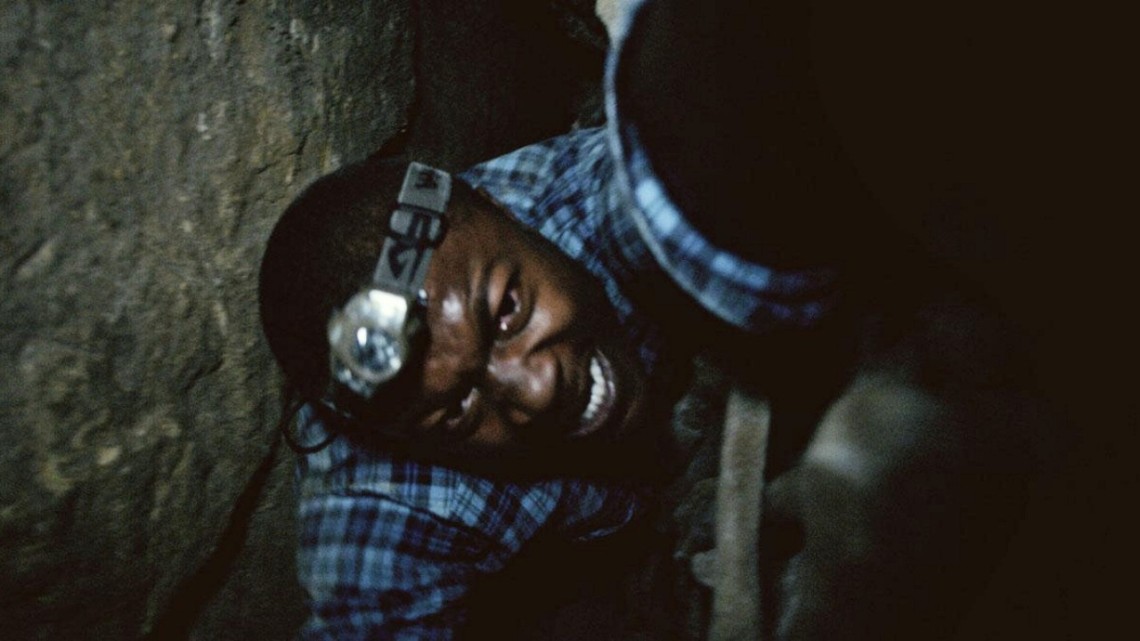 “As Above, So Below” Will Make You Wish You Were In Hell

The great worth of horror cinema lies in the lessons it teaches us: don’t have underage sex, don’t have casual sex, don’t have casual underage sex, and don’t go wandering around in dark, forbidding places. Ever. This last one feels especially important because it affects us all, even those of us who weren’t getting lucky in their teenage years. To this day, poorly lit spaces are widely recognized as bad news. Forests. Basements. Utility sheds. Cabins. Closets. Bedrooms. Alleyways. Toddle into any such location as these and you’ll most likely end up introducing your life to your death. It’s just science.

So weep for the cast of As Above, So Below for their lack of education, because boy, do they not care about meeting their imminent demises. Who in their right mind would ever think to trundle around the catacombs that run the gamut under Paris’ luminous streets without a tour guide? Would you be comfortable making acquaintance with the 6 million corpses lining their tunnels? If there’s anything that John Erick Dowdle’s film does well, it’s capturing the claustrophobic sensation of being cramped beneath the earth, but he’s late to the party; Neil Marshall did the same thing with 2006’s The Descent, but to much, much better effect.

But the Marshall effect isn’t what keeps As Above, So Below from being any good. Dowdle needs little assistance in that regard; he uses the worn-out found footage conceit as his stage, builds his narrative on a pile of cliches so massive it dwarfs the piles of bones his characters encounter, and draws on flimsy history to fill his basket of horrors. Frankly, critiquing the movie on these grounds feels like a huge waste of time – it’s a rote, studio-funded genre exercise, nothing more, nothing less, except for the fact that it has a surprisingly good idea at its center, and if there’s one thing that should be preserved in mainstream horror, it’s a good idea.

Here’s the set-up: Scarlet Marlowe (Perdita Weeks) is a two-fisted archaeologist with a degree in adventure. Her deceased father dedicated his existence to tracking down the legendary philosopher’s stone. Gifted with all the intellect that comes from years of studious upbringing, and driven by a need to see her dad’s work completed, Scarlet has taken up his cause, which first leads her to Iran (in the film’s opening sequence), and then to the City of Light, where she coaxes a team of other young, attractive people (including Mad Men‘s Ben Feldman and The Purge franchise’s Edwin Hodge) into its famous winding, subterranean burial chambers, where everything quite literally goes to hell.

The whole thing ends in tears, as they so often do in the realm of horror, but what makes the experience doubly aggravating is that there’s a great concept here, and Dowdle blows it. Fun mainstream horror movies are a rare species today – the last one that might come to the minds of most would be 2009’s Drag Me to Hell – and As Above, So Below could have earned that distinction if Dowdle bothered to let loose with his hook. A smart, savvy heroine in the vein of Indiana Jones who has a black belt in Krav Maga? Check. A central need to follow in her father’s footsteps? Check. Comically gifted actors who can help break the tension when necessary? Check. A real-world location that’s genuinely bloody terrifying? Check!

There’s so much about this film that sounds right on paper that it’s amazing how much it gets mangled in execution. In another’s hands, As Above, So Below could easily have turned out to be a spooky treat; scary and funny in equal measure, thoroughly gripping, fun in spades. But the whole affair is dour and holds no sense of enterprise. For all that it matters, Dowdle could have chosen any other backdrop on the planet – the catacombs really are pretty goddamn creepy, by all accounts, but the majority of his film occurs off the beaten path in a generic crypt. Yawn. Maybe someday, someone with fire in their gut will reboot this damn thing and give us the horror picture we deserved.

It’s visually incoherent, it’s devoid of suspense, and it’s propulsive in all the wrong ways – eventually, the film devolves into a series of kills that are capstoned with someone saying “We should keep moving.” Moving toward what? Dowdle delves deep, but he ultimately only proves that there’s nothing worth the price of admission at the bottom of his movie.