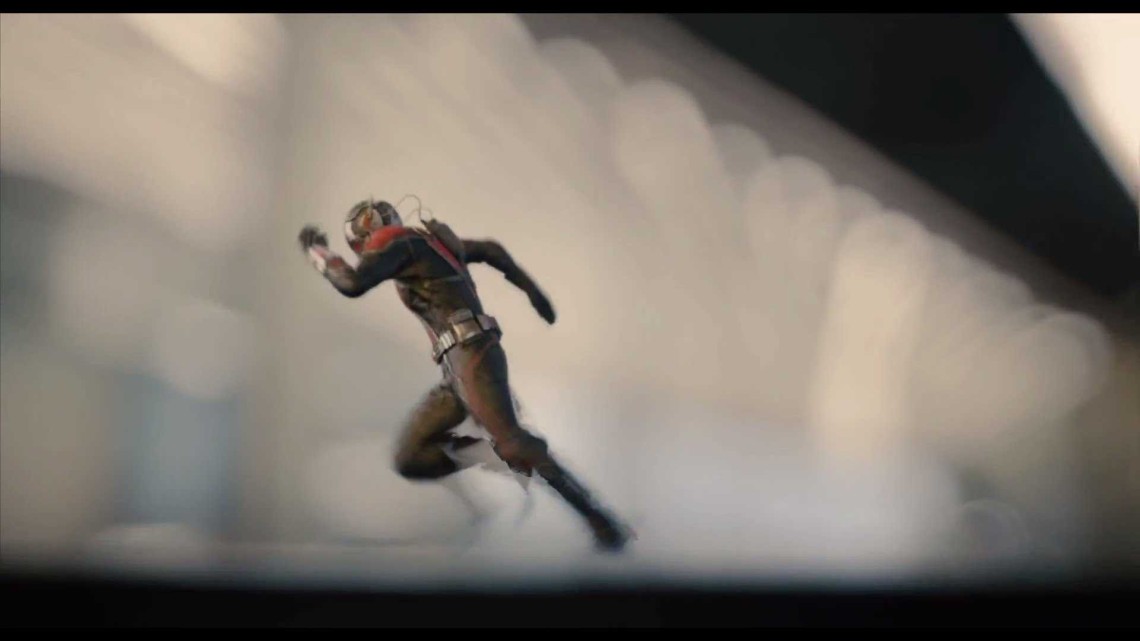 The Unbearable Sameness of “Ant-Man” and Marvel Movies

Hollywood churns out a lot of superhero movies, but then, they also churn out a lot of movies about, say, cops. Multiple times each year, multiplexes will run new releases about the boys in blue, and yet the public isn’t subjected to a deluge of thinkpieces about “cop fatigue,” Twitter isn’t flooded with desperate pleas for a change of pace, and Alejandro G. Iñárritu doesn’t direct self-important passion projects about how police movies represent the death of Western civility. The decisive difference between these two miniature genres is that cop movies don’t pour untold bajillions of dollars into branding to ensure that no living organism on the face of this green Earth will be unaware when a new feature makes its premiere. The superhero-industrial complex, a factory where movies without scripts, attached talent, or a full title are announced years in advance, has drawn a lot of ire for its maddening inescapability.

But the public owes its mounting distaste for hero flicks to a secondary, less in-your-face rationale: the vast majority are indistinguishable from one another. Long stretches of Marvel’s newest product Ant-Man play like a slight variation on its Rosetta Stone of box-office domination, Iron Man, parroting back stock character beats and visual design, even going so far as to mimic tone. Marvel can scale back advertising whenever they feel like it; the pressing concern is a matter of flavor.

Watch enough of them, and Marvel’s recent movies start to blend together. Picture this: Amidst a background of sophisticated technological gadgetry, a man slightly too old to be a superhero delivers a super-serious monologue to his successor, informing him of the great duty that’s fallen upon him. Any number of images could come to mind, from Howard Stark’s Hamlet-style guidance from beyond the grave, to the voiceover narration in the trailer for the upcoming Fantastic Four movie, to the many scenes shared between Paul Rudd and Michael Douglas in Ant-Man. The Peyton Reed-directed film seems resolute in its commitment to aping Iron Man, the film that launched Marvel Studios from an emissary representing the comic book company’s interests to an unstoppable juggernaut.

The indistinguishable sameness of Ant-Man is frustrating in particular due to how rife with potential the project was in its earliest stages. Edgar Wright, the brain behind such daft delights as Scott Pilgrim Vs. The World and The World’s End, originally signed on to direct the picture, but parted ways with the project mid-production, retaining only a screenwriting credit. He cited the time-honored cause of “creative differences,” which is showbiz code for “someone irreconcilably hated someone else.” Though the inner workings of the film industry remain unknown to we unwashed rabble, the presumption is that Wright had his ideas, Marvel’s higher-ups had their ideas, and there was no finding a common ground. (Ava DuVernay pulled the same move when she fled the gestating Black Panther before even signing any dotted lines.) Wright was intent on bringing his own flavor to the property, and executives feared that his idiosyncratic style would not gel with the established brand, so out he went. 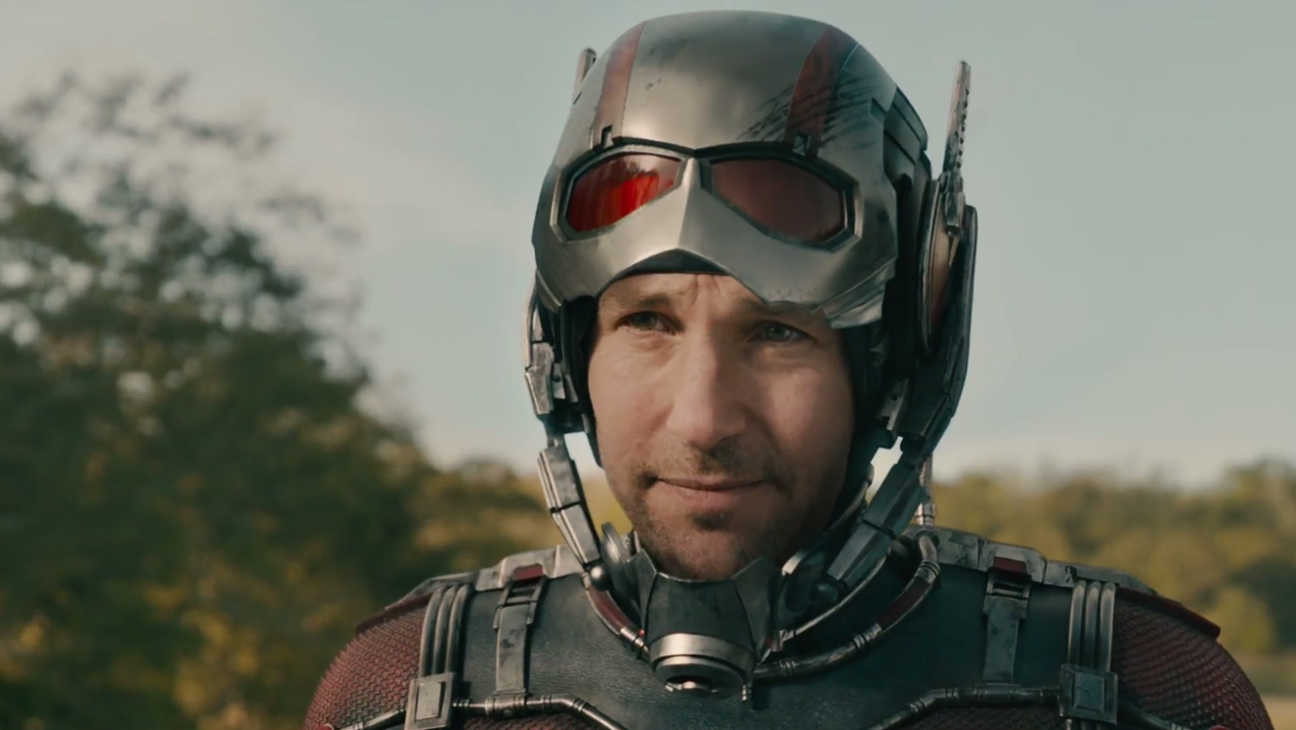 This parting of the ways leaves Marvel’s initial choice to go with Wright a little confusing. One can’t help but wonder what Marvel thought they were signing up for when hiring the director. Forgive the tautology, but Edgar Wright makes Edgar Wright movies. It’s easy to get the impression that the executives would’ve preferred Wright to complete a copy of the Marvel template and go on his merry way. A handful of Wrightian flourishes liven things up a little  — a triply repeated gag about convoluted anecdotes here, the cheery indignity of working at Baskin-Robbins there — but mostly, that’s exactly what they got. It’s only natural that executives would be leery of divergences from Iron Man’s formula; it is, after all, the goose that laid the egg currently valued at billions and only increasing in size.

The flavor-quandary sharpens into focus when examining the film’s star, Paul Rudd. He brings a ready-made persona to the film, imbuing thief-turned-crimefighter Scott Lang with his easy affability and always-on cleverness. Rudd’s the sort of guy who does interviews that end up like this or this or this, a dude with a staunch refusal to take anything, including himself, seriously. The Ant-Man casting directors ostensibly tapped Rudd to capitalize on his pre-existing charisma, knowing that he’d bring his specialized charm to the proceedings. And yet Ant-Man conspires to restrict and diminish Rudd’s personality at every turn. Clearly having learned nothing from the flavorful and highly lucrative Guardians of the Galaxy, the same folks who ousted Wright make every effort to tone down the Rudd-ness of Rudd’s performance. He’s saddled with an unctuously needless romantic subplot, weighted down by mushy dialogue about powers and Doing That Which Is Right, and stranded in CGI-heavy action scenes without a preserver. The job could’ve easily been done (though not nearly as well) by such hyperrealistic humanoid automatons such as Sam Worthington or Jai Courtney.

Despite this, however, Ant-Man still allows for fleeting glimpses at the film it might have been. Peyton Reed understands that people like fun, and people like to laugh, and he does what he can to deliver those attractions. But they come out in the broadest imaginable forms, catering to universal tastes and taking care not to exclude any viewers by narrowing its sense of humor. Scott’s flirtation with the regrettably underserved Hope, for instance, trots out the same tired kinda-jokes that some viewers will halfheartedly chuckle at, mostly out of reflex. When they first begin the obligatory training montage, Scott underestimates her strength and gets his ass handed to him. It’s a moment movie-lovers have seen what feels like hundreds of times, and worse, we know that Scott will inevitably grow more powerful than she. Ultimately, Ant-Man cares more about the giving off the appearance of flavor than actually possessing it.

An according fate has befallen the stubbornly bland Ant-Man, as it’s taken in Marvel’s second-lowest opening weekend box-office (a paltry $58 million, just ahead of The Incredible Hulk’s $55 million). After a few too many identical entries in the MCU, audiences hunger more for a change of pace than anything else. Marvel’s finest films all had a clearly defined sense of self: The Winter Soldier dropped Captain America into a paranoid Nixon-era thriller; Guardians Of The Galaxy spun infectious pop pleasures from nostalgia, and at times, in its colliding character dynamics; the first Avengers more closely resembled a domestic drama than a straight-up action flick. To be fair, “make better movies” is an instruction more simply issued than followed. But the key demand here is for variety; I’m far more forgiving of a film that fails in an attempt to do something novel or daring than one that passably, forgettably moves in and out of the theater. Marvel’s recent menu of fast food has been fine, good enough during a weekend where there’s nothing else to watch (and it sells like hotcakes, which is all that matters to many of the key decision-makers). Viewers lose their patience quickly, however. What was once a sumptuous meal won’t stand as reheated leftovers.