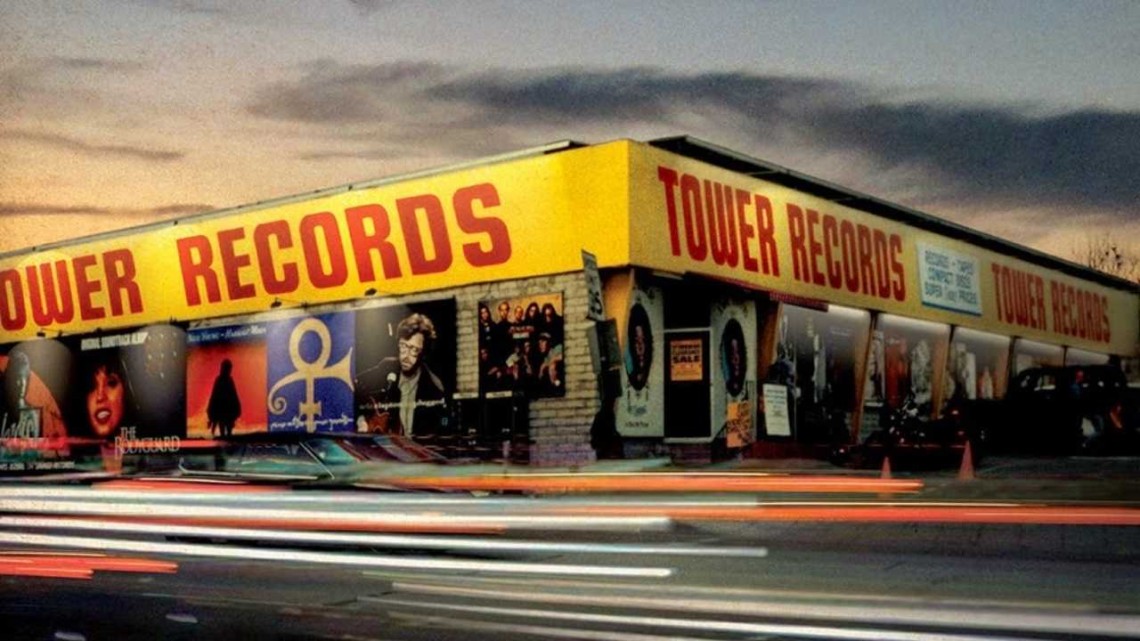 “All Things Must Pass” Is A Warm and Wistful Music Doc

Last week, I went to a record store for the first time since I can’t even tell you when. It’s something I should do more often, as I’d kind of forgotten the sheer time-killing enjoyment of aimless browsing and flipping through the stacks for discoveries and surprises. As a Gen-Xer who grew up in the pre-Internet era, I spent most of my formative years hanging out in record stores. So apparently did Colin Hanks, who directed the warm, wistful documentary All Things Must Pass: The Rise and Fall of Tower Records.

An opening title card informs us that in 1999, Tower cleared over a billion dollars in sales. Five years later, they were bankrupt. Of course we all know how that went down: A generational shift in purchasing patterns, the rise of Napster, and those goddamned overpriced $18 CDs all collided for a spectacular implosion in which the music industry slit its own throat while being bled to death.

But Hanks begins four decades earlier, in 1960 when a young Russ Solomon starts selling 45’s out of his father’s Sacramento drugstore. A charismatic fellow with most excellent sideburns, Solomon recruited some pals and eventually forged an empire seemingly by the seat of their pants. The first half of the movie is a blast, following this band of misfits who happened upon a formula for massive success just by opening the kind of stores where they’d like to hang out. Soon enough, Elton John was showing up every Tuesday. (There’s some well-founded speculation that the Rocket Man spent more money at Tower than any other human being. Sir Elton always bought three copies of every album, one for each of his houses.)

All Things Must Pass is at its best covering the heady 70s and crazy 80s, during which Tower employees had a dedicated cocaine budget, cleverly listed on their ledgers as “hand truck fuel.” (The description makes sense, when you stop and think about it.) Solomon’s “Sure, why not?” approach to the business led to an over-expansion that would eventually prove fatal, but was an awful lot of fun for a while.

In the early 90s, I worked at the Tower Video in the company’s massive West Fourth Street complex in New York City. As the movie correctly points out, the lack of a dress code or any hair regulations made employees feel much funkier and freer than most minimum wage slaves. (Even the name tags were cool lanyards that looked like backstage passes, as opposed to humiliating plastic badges.) The pay was pretty miserable and the bosses always seemed convinced that everyone was stealing from them, but it was a way more fun place to work than any of the other corporate monoliths.

As required in every music documentary these days, President of Rock-n-Roll Bruce Springsteen shows up to deliver a benediction. The Boss says that “in a record store, everybody’s your friend for 20 minutes.” Hanks fumbles a bit when he’s trying to convey the company’s convoluted financial collapse and all these friends firing each other. But ALL THINGS MUST PASS is something special when it’s conjuring Springsteen’s sentiment, fondly recalling a time when buying music was a communal activity and not just pointing and clicking on things.