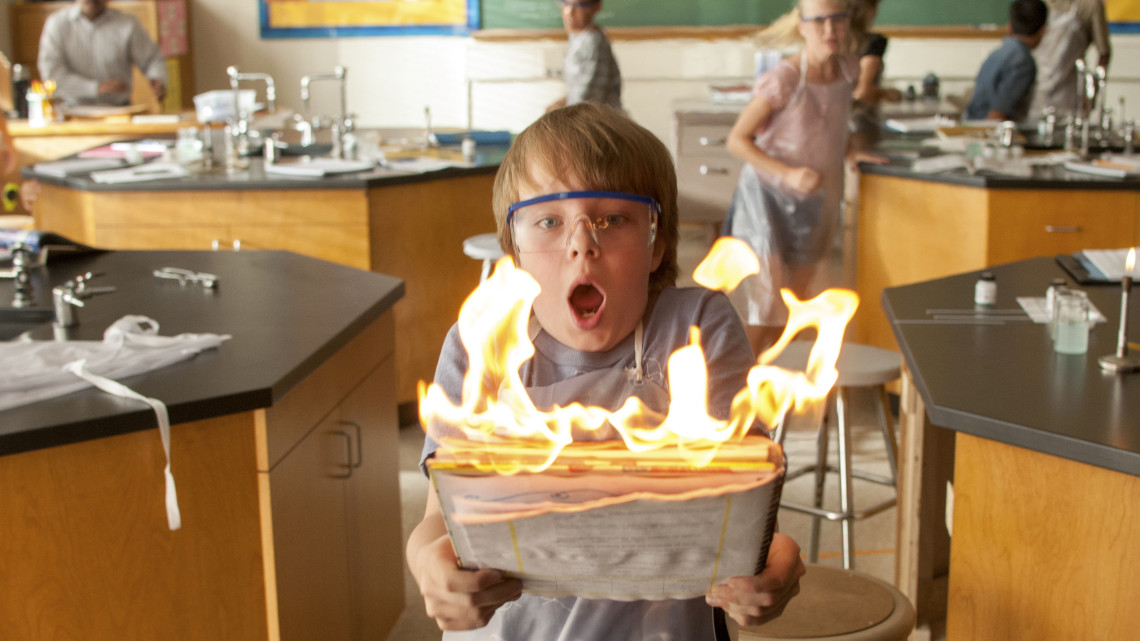 “Alexander and the Terrible, Horrible, No Good, Very Bad Day”

If not for the presence of Steve Carell and Jennifer Garner, the adaptation of Alexander and the Terrible, Horrible, No Good, Very Bad Day might have been more fitting as a Disney Channel movie-of-the-week. It’s a mercifully brief film—75 minutes pass before the end credits roll—and what transpires within is low-key, predictable, and frequently trite in ways that would be apt in a modern-day Afterschool Special. There’s a smattering of bright spots throughout, but overall, Alexander is such a neutral and neutered family film that it leaves behind no singular identity.

Ed Oxenbould plays the eponymous boy who, on the eve of his 12th birthday, suffers through an extremely poor day. Everything he could possibly imagine would go wrong in his otherwise seemingly pampered and stress-free life does go wrong. He oversleeps and immediately gets gum stuck in his hair. Then, he finds out no one is attending his unassuming party the next night because the most popular boy in school is celebrating his 12th birthday then as well. Plus, he sets the science lab on fire while trying to impress the pretty girl in his class. Once he comes home (after a late pickup), he inadvertently destroys his baby brother’s favorite pacifier.

Adding insult to injury, his parents (Carell and Garner) and older siblings don’t empathize too much, being more involved in their own problems, ranging from driving tests to high-stakes job interviews. Therefore, Alexander wishes, for his birthday, that everyone else in the family would have a terrible, horrible, no good, very bad day of their own. Lo and behold, his birthday wish (maybe) comes true, as the second and third acts of the picture present the next 24 hours in all their lives, intended to be hilariously awful.

At various points in Alexander, it’s difficult to know if we should mockingly laugh at or sympathize with Alexander and, more specifically, his siblings and parents. When his older brother (Dylan Minnette) says that, because he expects pass his driving test the same day he’ll chauffeur his pretty and selfish girlfriend to the prom, he’s “hashtag blessed,” it’s meant both as a laugh line and as…a reason to scorn this chump? Possibly? By the end, everyone’s reaffirmed that, deep down, they all love each other in spite of whatever troubles they may face, but what comes before is an odd mix of attempts at darker humor (including a jaw-droppingly misguided final gag, wherein Carell nearly breaks the fourth wall to clarify the film’s PG rating, lest we delve into more adult fare) and sentimental pap.

Some of the verbal humor in Rob Lieber’s script, loosely based on Judith Viorst’s book, works well enough, as when one kid casually refers to his psychopharmacologist. However, the framing of visual gags, from Carell getting kicked in the stomach by a kangaroo to Alexander suffering a car ride with a friend’s hippie mother shout-singing to “What’s Up?” by 4 Non-Blondes, is marred by Miguel Arteta’s flat direction. A kid suffering an interminable car ride with an obnoxious choice of song is a funny concept, but Arteta squelches the joke (and others) thanks to his choice of shot composition.

The other unavoidable problem in Alexander is that the myriad problems the Cooper family suffers in a two-day period feels awfully slight, many of which barely rise above, as Minnette’s character might say, “hashtag first world problems.” One child wants desperately to be cool and woo a pretty girl; the eldest wants to reaffirm his coolness by being on the arm of his pretty girl; the middle child wants to have a memorable turn as Peter Pan in the school play. The parents’ problems are slightly more substantial, but just barely: Carell wants an interview to go well, or else his unemployment may never end even though he’s literally a rocket scientist with a PhD; Garner needs to make sure a celebrity book reading goes as planned lest her employment be at risk. This is a Disney film, so there’s little suspense (even less so thanks to a useless in medias res opening), but it’s still difficult to care about any of these people. At its best, Alexander and the Terrible, Horrible, No Good, Very Bad Day is an amiable portrait of 21st-century white-bread suburbia; too often, it’s an un-self-aware, unremarkable time-filler.