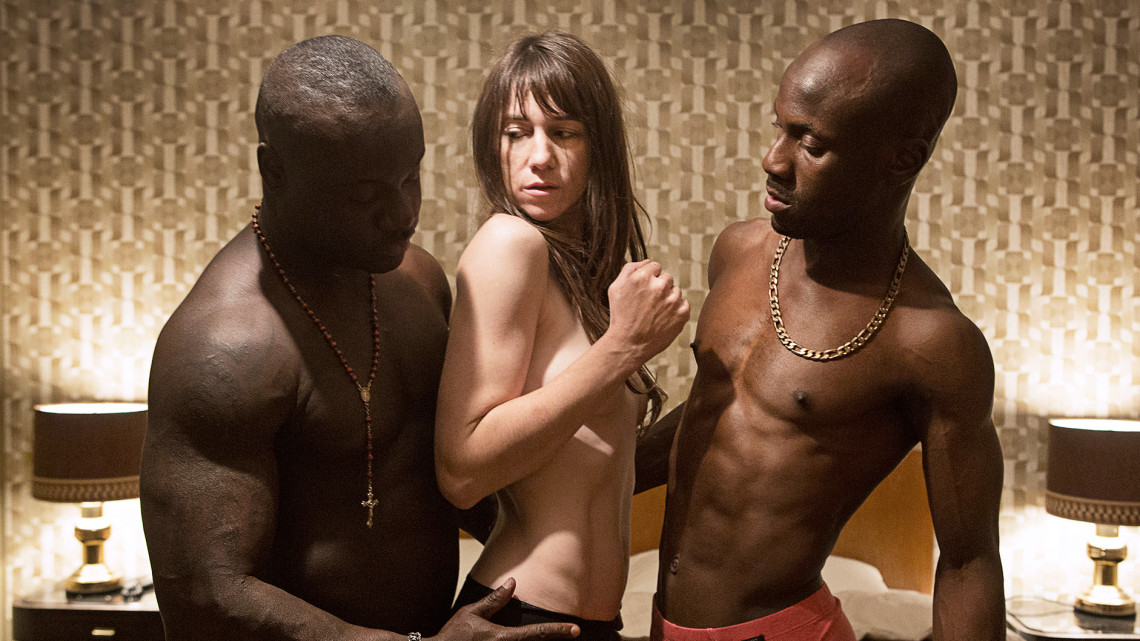 Reviewing Danish troublemaker Lars von Trier’s latest film, Nymph()maniac feels like nothing more than a fool’s errand. That’s partially because the movie opening in theaters this Friday is just the first half of the entire production, whose second entry releases early in April. Without having seen the entire five hour plus picture, writing about the opening overture of von Trier’s sprawling, unapologetic epic of human carnality (already infamous for its unprecedentedly graphic sex scenes) seems wasteful; another two hours of footage could recontextualize all of the material presented thus far, and alter one’s perspective on it irrevocably.

But despite being roughly split in twain by studio headsmen, Nymph()maniac: Vol. I somehow manages to reach a place of resolution, if not self-containment, before ending on a cliffhanger note. (Or what passes as a cliffhanger for movies of its kind.) It’s a case of coitus interruptus, literally, and it sets up the continued downward spiral of the story’s protagonist, Joe (played, in turn, by Charlotte Gainsbourg in the present, and by newcomer Stacy Martin in the past), rather well. Maybe it doesn’t matter that Nymph()maniac has been divided in half, then, but it’s possible the sum of the whole will offer more satisfaction than  its parts.

So as not to get too far ahead on plot, Nymph()maniac begins with lonely academic Seligman (Stellan Skarsgård) stumbling upon Joe’s crumpled, battered form in an alleyway. He’s a kindly man, so he brings her into his home, gives her warm clothes, a bed, and hot tea before gently but firmly pressing for the details of how she wound up prostrate on the concrete. It’s a request that begets the telling of Joe’s entire life story, the particulars of which (in this installment, anyhow) involve her lifelong exploration of her body, her libido, and the simultaneously awesome and terrible power both have over the people she encounters in her youth.

Nymph()maniac is a multi-pronged film; a cineaste could read it as a celebration of sexual positivism, or as a male-driven condemnation of female sexuality. Those inclined toward the latter interpretation may be tempted to lambast von Trier as a misogynist, a woman-hating creep who has dedicated his cinema to the brutal dissection and wholesale shaming of femininity. The film doesn’t go the way of Antichrist, mind, but there’s a notable level of fascination with the aftermath of Joe’s dalliances – she wrecks homes, dissolves friendships, and hurts feelings – as well as her own view of her actions and what they say about her. 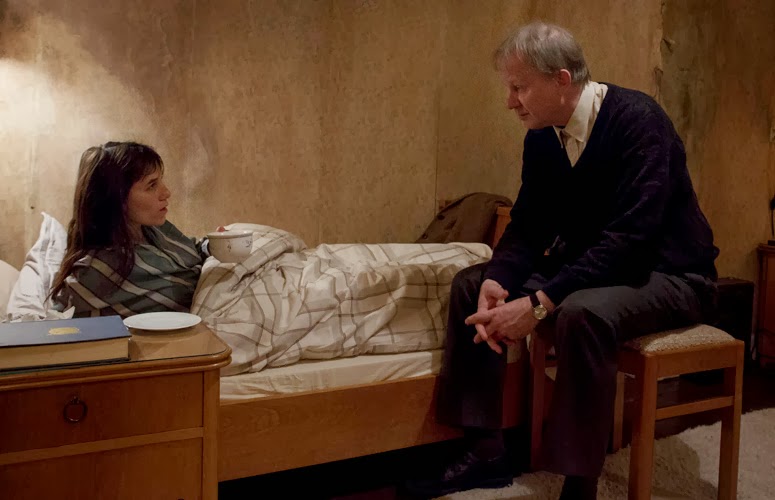 But Nymph()maniac isn’t a movie that’s interested in judgment; it’s an inquisitive, curious, and (pardon the phrasing) deeply penetrative examination of its subject and her sexual character. The scholarly Seligman, either an audience surrogate for us or a personal avatar for von Trier himself, takes in what Joe tells him of her days spent “fly fishing” (it’s a straight-faced metaphor made utterly plain through exposition) for sexual partners in London trains, but musters no reproach; in point of fact he takes perspectives that not only oppose Joe’s but attempt to assuage her of her feelings of guilt and personal responsibility.

Whether or not we accept Seligman as von Trier’s attempt to inject himself into Nymph()maniac‘s narrative, he’s playing the role of psychologist to Joe; together, they represent wholly different channels for unpacking the film’s central meanings, though von Trier is quite happy to articulate subtext through choppy exchanges between Skarsgård and Gainsbourg. Of course, some viewers may be totally disinterested with, or perhaps even affronted by, the idea of a heterosexual man lecturing his patrons on woman’s sexual nature following last year’s Blue Is the Warmest Color, and if that’s the case then Nymph()maniac is certainly their cup of bile. (Discussion question: Would Nymph()maniac be more or less effective with a female director at the reins?)

If so, then those aforementioned sequences of people making the beast with two backs may be as equally problematic as von Trier’s gender and orientation; they’re every bit as explicit as you may have heard through pockets of outraged reviewers online, though they’re still leagues short of wandering into pornographic territory. But the poor puffed-up popinjays getting hot under the collar about Nymph()maniac‘s depictions of people doing the nasty are missing the point; if a film is going to be so uncompromising and open about its study of sex, then it should be willing to be equally unflinching in recreating sex for the screen. (And to von Trier’s credit, he shoots Nymph()maniac‘s sex with such restraint that the results are less perverse than last year’s The Wolf of Wall Street.)

No doubt, Nymph()maniac: Vol. II will test its audience’s prudishness and force them to confront their sexual hang-ups even further when it arrives in theaters just a couple of weeks from today, and also give us a chance to observe the content of Nymph()maniac: Vol. I in new light. For now, von Trier’s latest experiment in envelope pushing is a hoot, the rare sort of film whose material is so provocative that it reveals as much about the people reacting to it as it does about its characters.