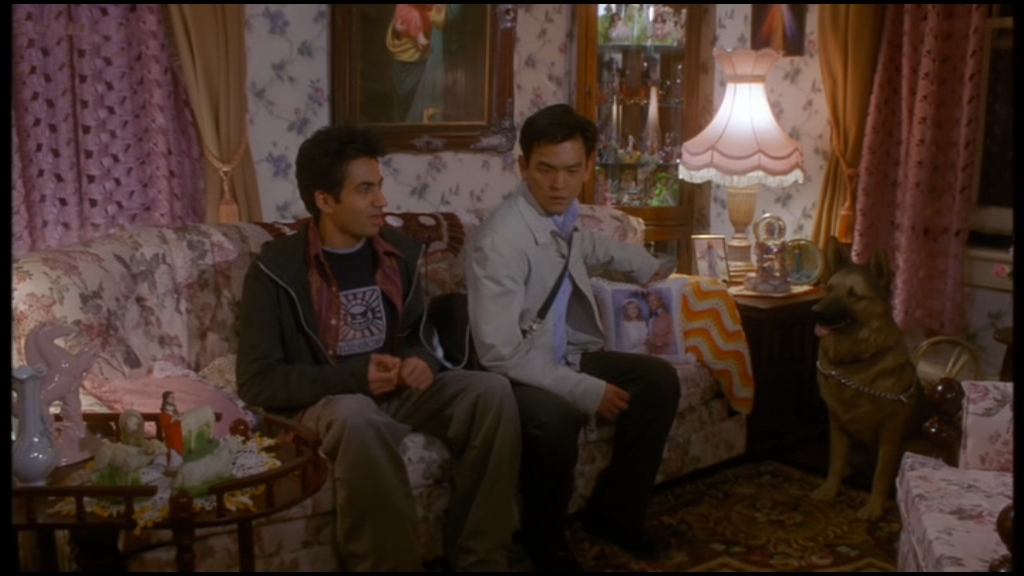 In “Film Genre and the Genre Film,” Thomas Schatz lays down a few organizing principles that make up a film genre. Basically, there’s a system of conventions that over time eventually codify into “rules” that clearly identify a genre—think a Western with its rugged iconography and recognizable conflicts. There’s a “network of characters, actions, values, and attitudes” that operates within either a physical or psychological space. Finally, and most importantly, the film genre must simultaneously adhere to a consistent formula while also allowing outside forces—changing cultural attitudes, industry economics, advent of technology, etc.—to constantly refine and evolve said genre.

But even under Schatz’s broad principles, the genre of the stoner film is nebulously defined at best. There are some conventions: Two male buddies—Cheech & Chong, Method Man & Redman, Harold & Kumar—go out on a quest either to find marijuana or under the influence of marijuana, and come up against “The Man,” or a menagerie of authority figures—Sgt. Stedenko in Up In Smoke, Dean Carl Cain in How High, white people in Harold & Kumar Go To White Castle. The humor is a cocktail of the slapstick, gross-out, and lowbrow variety; the plot is usually episodic and ends with a re-establishment of the status quo. The typical stoner film is light, digressive, and delightfully dumb—comfortably predictable in the way a well-rolled joint is at the end of a very long day.

While these conventions certainly conjure up a “stoner film” in the minds of the masses, it ultimately describes only one type of stoner film that pivots on marijuana. It doesn’t include films that have a stoned sense of humor like Super Troopers or Bill and Ted’s Excellent Adventure, nor does it include films that contain marijuana use but also have higher interests (no pun intended) like Saving Grace or The Wackness. That is not to mention the many films that are simply conducive to watching while stoned, which include anything and everything from campy B-movies to explosion-filled action films. 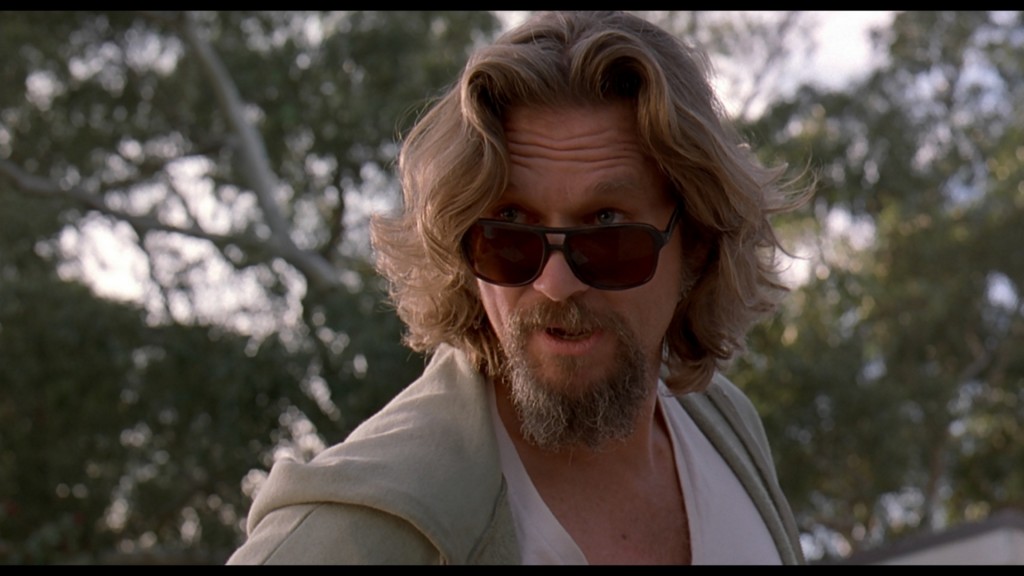 Most importantly, it doesn’t include films that operate under “stoned logic”—films that may or may not contain marijuana but could be said to be structured by a stoned sensibility. Stoned-logic films often privilege mood, style, and character over narrative to recreate the feeling of being stoned rather simply depicting characters that are stoned, as is usually the case with stoner films. However, because being under the influence of marijuana cannot be translated into a standard communicable schema, stoned-logic films don’t necessarily have codified conventions like the utopian atmosphere of the musical film or the witty banter in a screwball comedy. Instead, stoned-logic films cross numerous genres, styles, and eras because feeling stoned is a varied, versatile experience that isn’t rooted to a specific space or time, just like the archetype of the outlaw isn’t limited to the old West and the Sirkian melodrama isn’t confined to the 1950s.

Numerous stoned-logic films have gained a fair amount of popularity in recent years. More than depicting frequent marijuana use among its ensemble of high-school characters, Richard Linklater’s Dazed and Confused captures the freewheeling feeling of driving around with your buddies, baked out of your heads, looking for something to do. Not only is The Dude, the protagonist of The Big Lebowski, a pothead, but also the film places the viewer in his confused, addled mind as he navigates the byzantine narrative. Luc Besson’s Lucy released this year is the latest addition to the stoned-logic canon, with its furiously silly premise, aggressive pacing, and intermittent monologues about the nature of time and evolution that sound like they were scripted in a college dorm room.

Many films associated with the French New Wave could also be considered prime examples of stoned-logic films because they foreground style over tight narratives, and focus on existential themes of the individual’s place in modern society. Films like Jean-Luc Godard’s Breathless, Agnes Varda’s Cléo from 5 to 7, and Alain Resnais’ Last Year at Marienbad frequently employ filmic techniques that place the viewer in a heady, alienated state of mind; think of the discontinuity editing employed in Breathless, the gritty cinema vérité style of Cléo, or the trance-inducing tracking shots in Marienbad. They displace the viewer from a grounded sense of the “real,” capturing the feeling of walking through life with one foot in the physical world and the other in a clouded, hazy mindset, living in that middle ground between fantasy and reality. 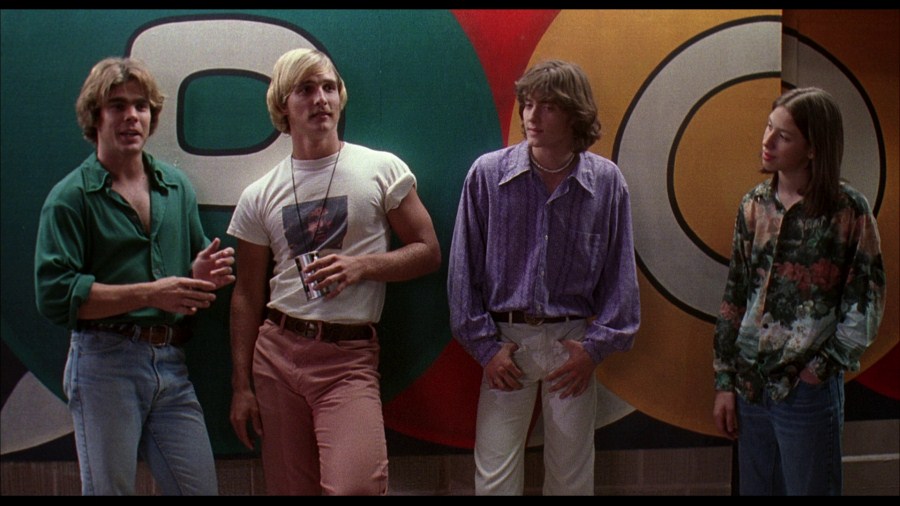 But stoned logic doesn’t always imply introspective trips to the center of the mind.  It could also simply mean passing the time in a comfortable setting, shooting the shit with colorful people. “Hangout films” come in many forms, but they all create rich, specific worlds with rich, specific characters that viewers want to return to again and again. Films like Diner, Kicking & Screaming, and High Fidelity privilege characters and environment over narrative and style in order to mimic the feeling of hanging out with friends for hours. They place the viewer at ease through amiable chemistry and dialogue rhythms even when the films move to more emotional territory. Relaxed environments beget relaxed highs, and hangout films, intentionally or not, seek to create an immersive world that’s recognizable yet distant, almost like a reminder of a different time.

As our society slowly relaxes its drug laws and its opinion of recreational drug use changes, it’s only fitting that “stoned” films be treated with less eye-rolling indifference or scorn. When Up In Smoke set the template for the stoner film in 1978, it assumed a countercultural stance and doubled down on the prevailing perception of stoners as dumb and lazy. But times change and so do the films that reflect them: People who smoke pot aren’t automatically perceived to be societal miscreants, and films that depict them aren’t immediately written off by the mainstream (Exhibit A: Judd Apatow’s filmography). As the “stoner film” genre undergoes a Schatzian evolution and adapts to the cultural tide, it’s also fitting that our definition of the genre be loosened to include films with stoned sensibilities, the myriad films that express the varying feelings of being high. Stoners come in all shapes and sizes; why should we employ a one-size-fits-all approach to their films?

One thought on “High and Know: On Stoned-Logic and the Expansion of the Stoner Film”