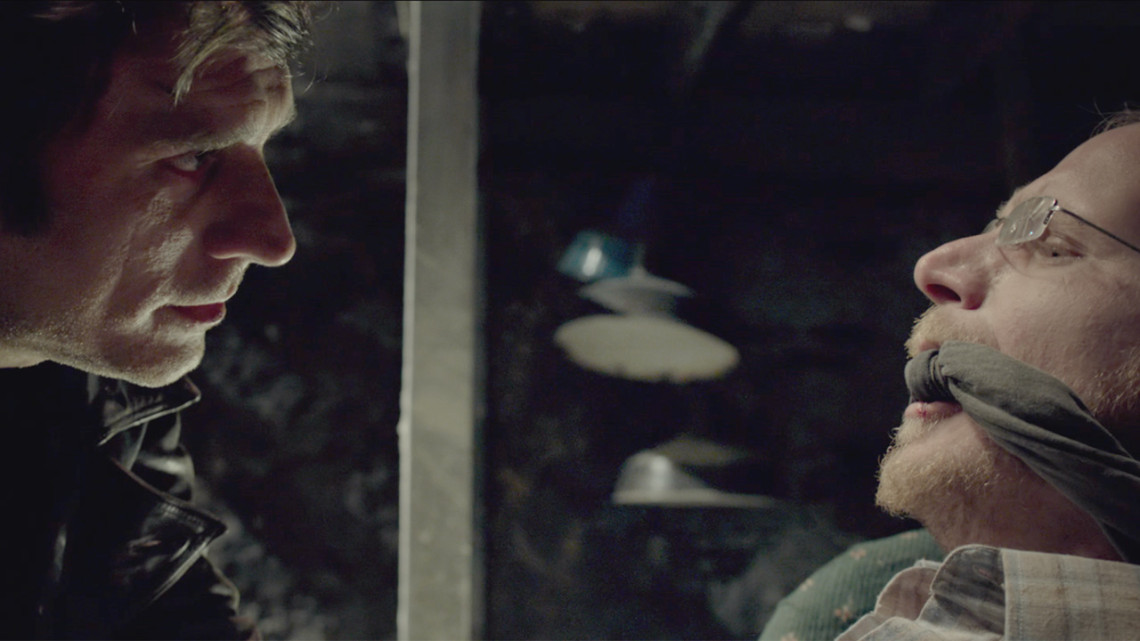 These ‘Big Bad Wolves’ Have Teeth But No Heart

Big Bad Wolves has been advertised as Quentin Tarantino’s favorite film of 2013. The Django Unchained director is capable of producing high quality, intelligent entertainment himself, but are his personal tastes a good recommendation? Recalling some of his previous favorites – including the cringe-inducing Hostel, Kick-Ass 2 and The Lone Ranger – I wasn’t so sure.

It’s easy to see why the directors of Big Bad Wolves, Navot Papushado and Aharon Keshales, have received Tarantino’s stamp of approval. Their rape-and revenge flick has it all: several kidnappings, graphic and finessed violence (including creative upcycling of saw and pliers), a sardonic sense of humor, deranged representatives of institutionalized power, and suggestive music that throws the viewer right into the center of its tense action. Sound familiar? You bet.

Keshales, a film critic and a professor, and Papushado, his former student, are Israel’s pioneers in grindhouse – their previous collaboration, Rabies, was the country’s first widely-acknowledged slasher film. In a year in which ethereal and culturally-charged Fill The Void is celebrating its international success, and coming from a country more famous for its independent arthouse productions, it’s hard not to appreciate a creative tandem that’s able to revive and reshape genre schemes. Creativity aside, however, Big Bad Wolves is not a perfect ten. Its ongoing, 110-minute attack of extremes seems to be deprived of one essential thing: emotional truth.

The story is familiar for grindhouse lovers: a young school girl is raped and decapitated, and her father Gidi (Tzahi Grad) works alongside cocky detective Micki (Lior Ashkenazi) to catch the suspect, a gawky religion teacher name Dror. They want to make him confess and reveal where the girl’s head is, but he claims he’s innocent. The interrogation methods quickly move outside the law, recalling the torture and humiliation Abu Ghraib. Things take a comical turn when Gidi’s father is thrown into the mix, arriving with soup for his son but soon getting involved in the interrogation as well with unconventional use of a gas lighter. Suffice it to say, the family is reunited in violent fashion, and they seem to be having fun.

That last part is the main problem. The notion of a “fun” slasher-style movie like Big Bad Wolves makes sense only if there is a believable, extreme emotion driving the whole plot. The obvious emotional core here should be Gidi’s grief and despair, as it becomes an almost primal urge to avenge his daughter’s death that justifies such extreme and absurd actions. His brutal wrongdoing can be pleasurable and exciting for the viewer, but the driving force must be emotionally genuine. And it’s not. When it comes to feelings, the film is very superficial and surprisingly benign. The performances are unbalanced, and the film loses its oomph as it becomes more comedic in tone. Despite its impressive intuition, inventiveness and staging, Big Bad Wolves remains a rather forgettable anecdote instead of a truly blood-freezing, Hitchcockean thriller.